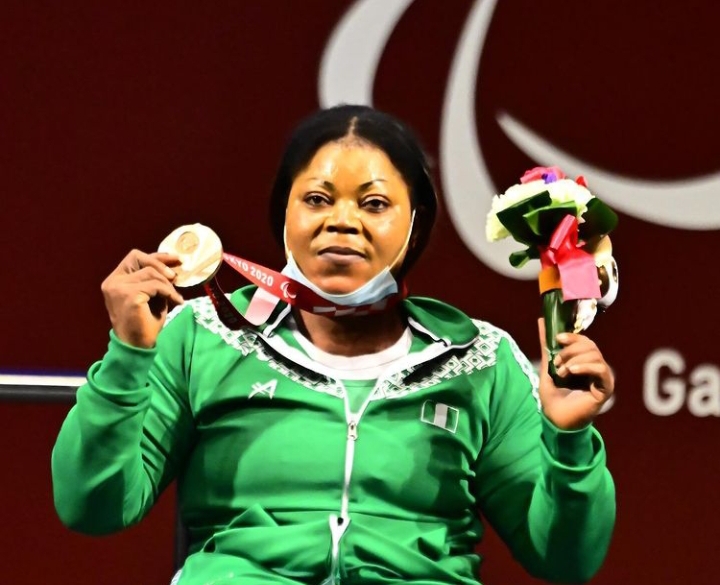 The 44-year-old out-lifted her opponent in the competition, which took place on Wednesday, to secure her third world championship gold.

The Nigerian was pronounced the winner after China’s Yujiao Tan’s failure to lift her final attempt.

Ejike was happy to have returned to the top of her weight category after a relatively dismal outing at the Tokyo Paralympic earlier this year, where she took bronze.

“I feel so great to come back to my number one position again, winning the gold medal in Tbilisi World para-powerlifting championships. I feel so happy,” she said.

The Enugu-based powerlifter is one of Nigeria’s most decorated Paralympians, with six Paralympic medals for the country since she made her debut in Sydney 2000.

Meanwhile, in the women’s 61kg category, Onyinyechi Mark was narrowly beaten to the gold medal by Mexico’s Amalia Perez.

The competition started on November 28 and is expected to end on December 5.

Adekunle Gold has unveiled his fourth album titled ‘Catch Me If You Can’. Announcing the album title in a social media post, the Afropop star said it will be released […]