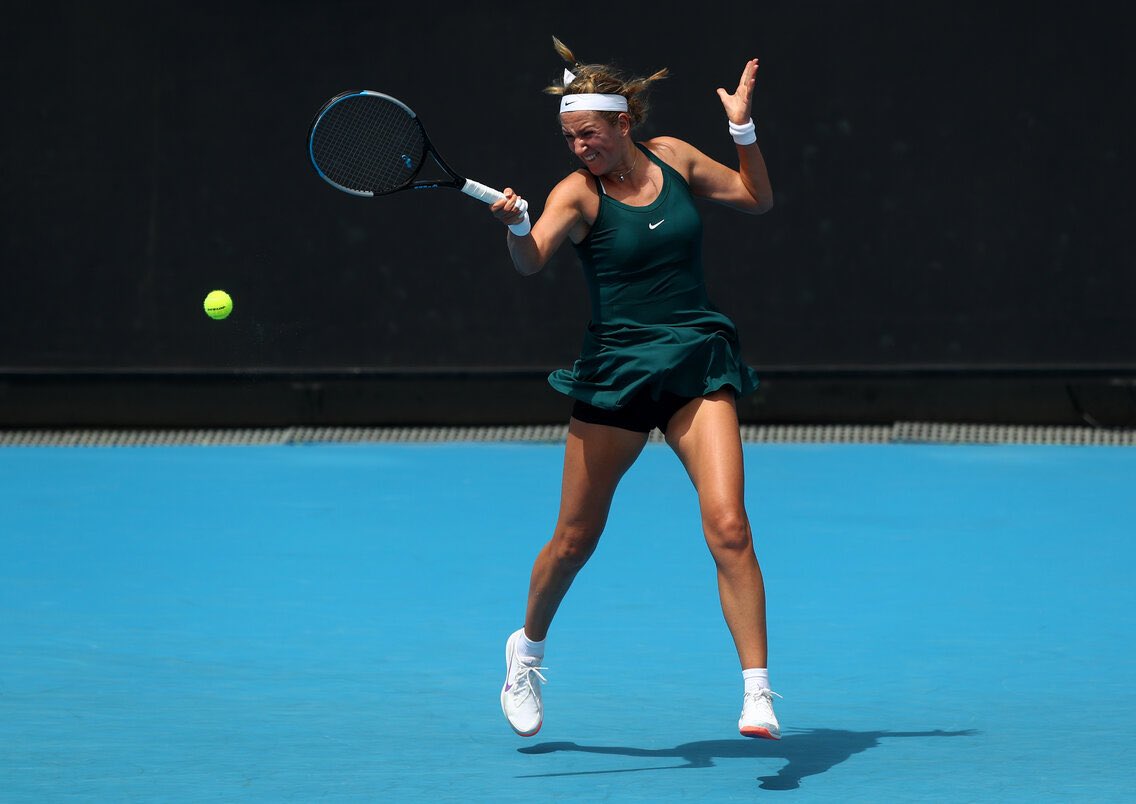 Former world number one Victoria Azarenka snapped back at questions over her health after suffering breathing difficulties in a shock straight-sets first-round exit at the Australian Open.

A distressed 12th seed needed two medical timeouts in the second set before losing 7-5, 6-4, but said players should not have to speak about health issues.

Azarenka, who endured a hard hotel quarantine having arrived in Melbourne, used an inhaler but gamely fought on before falling 7-5, 6-4 in one hour and 39 minutes.

The Belarusian, who won the title at Melbourne Park in 2012 and 2013 said “I don’t really know why we’re getting asked about medical conditions”

“It shouldn’t be a mandatory requirement for people to talk about their health issues.

“I think that should be changed unless players do want to talk about that. I feel … a new and adjusted rule should be in place.”

Due to a lower-back injury, Azarenka pulled out of the quarter-finals of the warm-up Grampians Trophy.

She had only played one match since coming from quarantine, where she was not allowed to leave her hotel room for 14 days.

When asked if quarantine contributed to her early exit, Azarenka said “Of course, it has impacted, the biggest impact for me personally was not being able to have fresh air.

“It really took a toll for me to adjust. I don’t have a blueprint of how to prepare.

“I did not figure it out, not this time. I guess this is a learning experience, not that I want to repeat that.”

Azarenka had been a calming voice among players during quarantine, urging her peers to “accept and adapt” to health regulations in an open letter.

“I felt at that time when this was happening that the situation was going a bit out of control,” she said of her written plea to players.

“I felt it was just an opportunity to address people from a different perspective.”

Azarenka, 31, raced to a 5-2 lead in the first set before falling the next five games and suffering during the second set.

Azarenka enjoyed a comeback last year, making the final of the US Open where she lost a thriller to Naomi Osaka after playing some of her best tennis since becoming a mother in 2016.

America Pegula, ranked 61, faces either US Open champion Samantha Stosur or fellow Australian Destanee Aiava in the second round.

The immediate past Chief of Army Staff, Lt. Gen. Tukur Buratai (rtd), has downplayed criticism of his nomination as ambassador-designate, saying he performed creditably well during his tenure. He cited […]