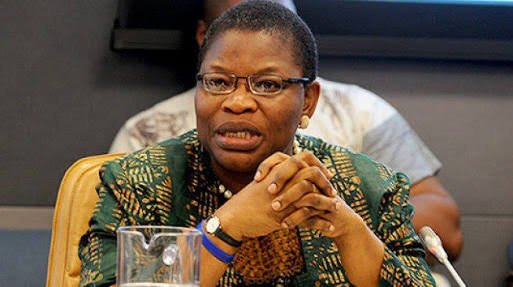 A former Minister of Education, Obiageli Ezekwesili says more Nigerian women are not participating in politics because of “self-imposed limitations”.

She made this known while speaking at a virtual conference organised by the Lead Generation Initiative (LGI) on Monday.

The former presidential candidate who noted that aside from such limitations said there are cultural and “institutional barriers”.

Ezekwesili said society would be more stable if women are included in governance, because it benefits not just them but everyone.

“Analysis tells us already that the full participation of women, whether in economic activities or in political activities, improves the wider state of society.

“We know reasons why we have less than seven percent of Nigerian women participating in the political leadership process in the country, where the indicator that is used to approximate this is the number of women in parliament. In our own case, it is less than seven percent in the current assembly. Africa-wide number is between 22 and 23 percent; it is slightly below the global (figure) of 25 percent.

“I want to talk about the barrier that is self-imposed — the barrier that leads women to suffer from imposter syndrome, where even if you removed all the barriers and say we would like more women in leadership, or you did public financing of elections and women don’t show up, that happens in a number of some cases.

“It is because there is this self-imposed limitation that women sort of carry. They simply say to themselves, ‘certain things are not for me’. So, no matter how you persuade them, they are saying ‘I’m not simply interested’, and that we must do something about.”

Ezekwesili said the capacity of women to make quality decisions must be enhanced before they occupy public offices.

“We can’t afford to walk into leadership unprepared. A lot of men that have failed in leadership failed because they weren’t prepared,” she said.

“If we are coming late to the game, we must invest; we must improve their capacity to make quality decisions.”

On her part, LGI Executive Director, Ayobola Peller said leadership should not have a gender requirement adding that women should be given equal opportunities as men to lead in every sector of the society.

“At LGI, we firmly believe that women are needed at all levels of leadership, sectors and even in all aspects of life. We are needed to change the narrative,” she said.

CAF Cancels U-17 AFCON In Morocco

Due to an increase in the COVID-19 infection in the Morocco, the Confederation of African Football (CAF) has cancelled the 2021 U-17 Africa Cup of Nations (AFCON) scheduled to hold […]