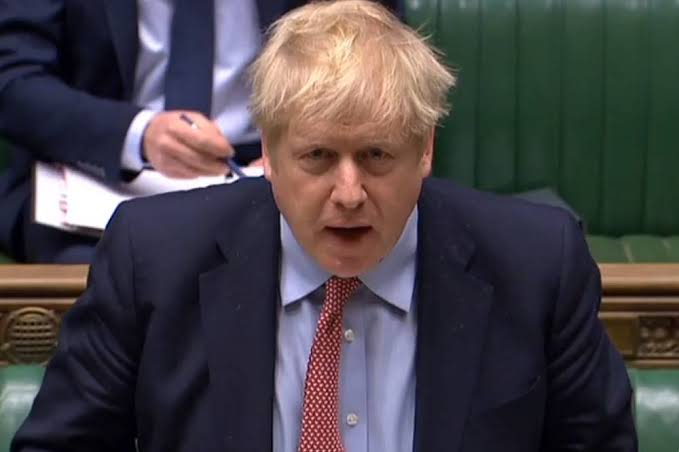 Faced with a fast-moving situation, Business Secretary Kwasi Kwarteng was meeting with the energy industry and consumer groups.

Speaking during a visit to the United States, Johnson said “people should be reassured in the sense that yes there are a lot of short-term problems not just in our country… but around the world caused by gas supplies and shortages of all kinds”.

“We’ve got to try and fix it as fast as we can, make sure we have the supplies we want, make sure we don’t allow the companies we rely on to go under. We’ll have to do everything we can,” British media reported him as saying.

– ‘Bleak outlook’ –
Prices of natural gas in Britain have hit record highs, also driven up after a fire knocked out a vital point connecting the country’s power grid to France.

Wholesale prices for gas have increased 70 percent since August, adding to already strong inflation that has been stoked by staff shortages as economies reopen after pandemic lockdowns.

Market prices have rocketed by 203 percent since January.

Many small energy providers have emerged in the UK market over recent years, grabbing large amounts of customers from established players such as British Gas.

“We just don’t have as deep pockets to keep going through this crisis. I think that all suppliers are feeling the pinch of this but some of them just have a lot deeper pockets to try and ride out the storm.”

McGirr called for government support or “it’s unlikely we will see the winter through”.

A lack of atmospheric wind for turbine sites, coupled with ongoing nuclear outages and the winding down of coal mines by climate-conscious governments, has left parts of Europe grappling with an energy crisis.

But the US government and EU ally Ukraine are deeply opposed to the Kremlin-backed project.

Downing Street insisted that Britain was not dependent on Russian gas supplies.

“We meet half of our annual supply through domestic production and the vast majority of imports come from supplies such as Norway,” a spokesman said.

Fertiliser production at two UK plants providing up to 60 percent of Britain’s CO2 output has been halted since last week.

Carbon dioxide is used in the humane slaughter of animals.

“If vital sectors like the poultry meat industry face CO2 shortages that compromise their performance, it will very quickly become an issue of national security. We hope this can be avoided through swift government action,” Griffiths added.

Twitter announced Monday it will pay $809m to settle a 2016 lawsuit alleging members of the social network’s leadership, including founder Jack Dorsey, provided misleading information to investors about slowing […]