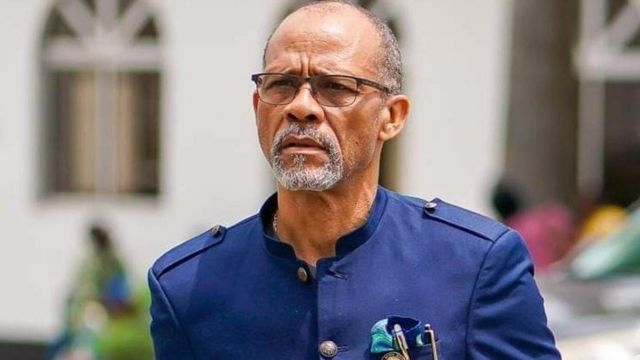 The Commissioner for Health, Prof. Akin Abayomi who revealed this following the review of the report of the recent monitoring, inspection and enforcement exercises undertaken by the Lagos State Taskforce on Counterfeit, Fake Drugs and Unwholesome Processed Food, on Friday.

He explained that the affected outlets were shut for contravening regulations guiding the operations of sale of medicines in the State.

“The sealing of the affected medicine outlets was in accordance with the provisions of Section C34 of the Counterfeit, Fake Drugs and Unwholesome Processed Foods Miscellaneous Provision Act of 1999,” he noted.

Abayomi explained further that the affected premises were sealed for offences including inappropriate storage conditions of drugs, having unskilled persons handling and dispensing drugs, sale of drugs by illegal shop owners, stocking of expired drugs and sale of drugs in market places.

While pointing out that the sale of medicines are only allowed in registered and licensed outlets, Abayomi said patent medicine vendors are authorized to sell drug products only in their original and approved pack size as produced by the manufacturing companies.

The commissioner added that the law prohibits patent medicine vendors and licensed pharmaceutical premises from operating beyond their scope.

According to him, the recent operation was a follow up to the rejigged enforcement exercise by the task force to sanitize the drug distribution chain in Lagos State.

“The Task Force enforcement activities in Shomolu and Bariga LGA was a follow up to previous enforcement exercise conducted in the areas in October which is aimed at compliance. The revisit revealed a significant success in the war against fake drugs and illegal drug shop in lagos as 16 shops earlier sealed were met evacuated and are no longer involved in illegal sale of drugs.

“The November enforcement exercise at Savage and Bale streets in Orile-Iganmu LCDA was to prevent clustering of drug outlets which are haven for fake drugs. It is worthy to mention that 13 out of 14 outlets visited were sealed, one of the sealed premises was found to be stocking expired drugs which is hazardous to the health of the State Citizenry,” he explained.

He promised that the activities of the State Task Force on Fake Drugs would not only be sustained but intensified until stakeholders in the pharmaceutical value chain appreciates the need to adhere strictly to the provisions of the law.

In the same vein, Director Pharmaceutical Services in the Ministry, Mrs Oyebisi Omolambe said that the State Government will not relent in its efforts to stop the inherent dangers associated with the operations from unlicensed pharmaceutical outlets and drug shops.

She added that the Task Force through the Pharmaceutical Inspectorate Unit (PIU) of the Pharmaceutical Services Directorate has been re-energized to intensify the on-going war against fake, expired and substandard drugs being peddled by unlicensed and illegal premises.

“This closure is thus part of the government’s renewed efforts to sanitize the drug distribution system and curb proliferation of fake drugs in the state,” She said.

The enforcement and compliance raid by the State Task force on Counterfeit, Fake Drugs and Unwholesome Processed Foods was carried out in collaboration with the National Agency for Food Drug Administration and Control (NAFDAC), Pharmacists’ Council of Nigeria (PCN), Pharmaceutical Society of Nigeria (PSN), Federal Taskforce on fake drugs and the Police Officers from Environmental and Special Offences Unit (Task Force) of Lagos Police Command.

Erling Haaland’s agent, Mino Raiola has mentioned Manchester City, Real Madrid, Barcelona and Bayern Munich as clubs the Norwegian star striker could join in 2022. The 21-year-old has a contract […]