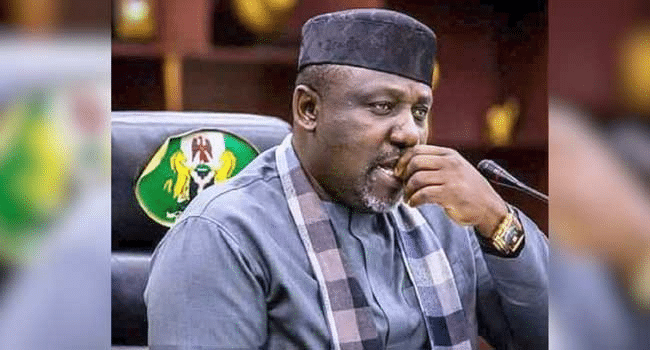 According to TheCable, Okorocha, who is presently representing Imo west at the senate, was grilled at the EFCC office in Abuja on Tuesday.

He was taken to the EFCC office from his house in Abuja at about 3 pm.

EFCC spokesman, Wilson Uwujaren, confirmed the development but did not give further details.

Okorocha, who governed Imo from 2011 to 2019, had been accused by the state government of various corrupt practices including diversion of public funds — although he has denied any wrongdoing.

Documents revealed how the former governor awarded 12 contracts worth N20 billion in violation of the public procurement act.

The committee had said the monies were claims from various infractions, including unexplained debits by the banks in their dealings with the state government.

“You will recall that before I became the governor, the Ihedioha administration set up a judicial panel of inquiry to look into acquisitions of lands and conversion of government lands to personal property,” he had told reporters.

“The judicial panel of inquiry chaired by a judge met and they concluded their job. And a white paper has since been raised.”

The senator was arrested but later released after he unsealed the property on February 21.

Former President of Burkina Faso, Blaise Compaoré, has been charged with the murder of his predecessor, Thomas Sankara. According to Reuters, Compaoré was charged in absentia by a military tribunal […]