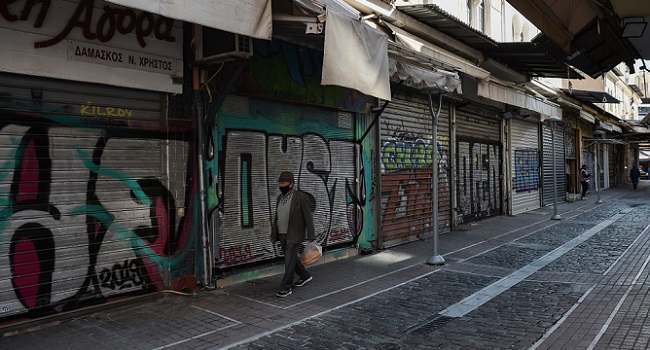 The US Geological Survey said a strong 6.3-magnitude earthquake hit central Greece on Wednesday, prompting residents in the city of Larissa to rush into the streets, according to local media.

The quake, according to the Institute of Geodynamics in Athens could be felt across central and northern Greece, measuring at a magnitude of 6.0.

Athens observatory said the epicentre of the quake was 21 kilometres (13 miles) south of the town of Elassona, near Larissa.

There were at least three aftershocks following the main tremor — including one at magnitude 4.0 — and authorities warned there could be more.

“The depth of the earthquake was 10 meters, therefore there will be significant aftershocks,” seismologist Gerassimos Papadopoulos said on Skai radio.

The Civil Protection agency also reported landslides had occurred in the region, and authorities were assessing for further damage.

Greece is located on a number of fault lines, and is sporadically hit by earthquakes.

But the quakes often happen at sea and do not often kill people or cause extensive damage.

The last fatal earthquake was in October, when a magnitude 7.0 hit in the Aegean Sea between the Greek island of Samos and the city of Izmir in western Turkey.

The majority of damage was in Turkey where 114 people were killed and more than 1,000 injured.

In Greece, two teenagers were reported dead on the island of Samos.

Nigerian singer, Wizkid, says he started his record label, Starboy Entertainment, in his living room with little financial support. The award-winning singer revealed this in an Instagram Live session with […]