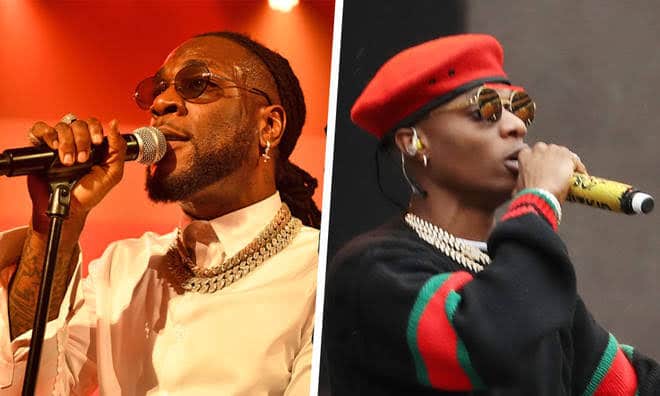 Burna Boy and Wizkid have won their first Grammy Awards.

The Afrobeat musician clinched the category with his Twice As Tall album released in August 2020.

According to The Grammys, Twice As Tall is a master class in the vibe and hustle that have made Burna Boy an international musical force.

“[He] continues to torch limitations, seamlessly blending styles and genres and fearlessly fuelling the fire heating the melting pot of pop, Afrobeat, dancehall, reggae and more,” it said.

“And this should be a lesson to every African out there: No matter where you are, no matter what you plan to do, you can achieve it.”

On the other hand, Wizkid won a Grammy for the Best Music Video’ for his role in Beyonce’s 2019 hit song ‘Brown Skin Girl’,

He won the award alongside Beyonce, who owns the song and featured artists – Wizkid, Blue Ivy, SAINt JHN.

The award will go to Jenn Nkiru who directed the video while artists, producers and video director will get a statuette each for the category.

The Federal Government has postponed plans to partially close the Falomo Bridge in Victoria Island for repairs. The Federal Controller of Works in Lagos, Olukayode Popoola on Sunday told the […]