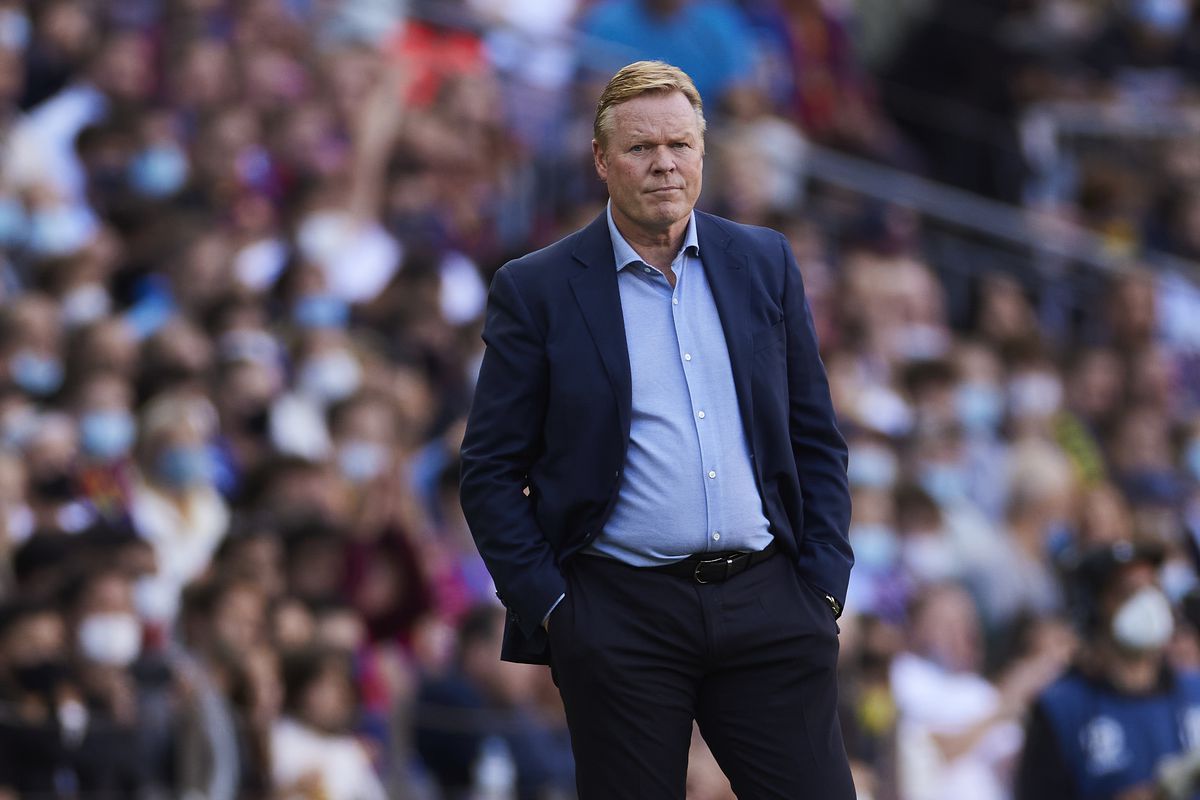 Ronald Koeman has been sacked as head coach of Barcelona after holding sway for just 14 months at the Nou Camp.

The Spanish club said in a statement said: “The president of the club, Joan Laporta, informed him [Koeman] of the decision after the defeat against Rayo Vallecano.

“Ronald Koeman will say goodbye to the squad on Thursday.”

Barca have picked up just 15 points from 10 games in La Liga and have already lost twice in the group stage of this season’s Champions League.

They sit ninth on the La Liga table, six points adrift of leaders Sevilla after the defeat to Rayo Vallecano on Wednesday.

The former Netherlands, Everton and Southampton boss, 58, could only guide the five-times European champions to third place last season.

Koeman has not been helped by the club’s financial problems, which resulted in Lionel Messi’s exit and subsequent transfer to Paris St-Germain in August.

Barcelona were unable to spend any money on new signings in the summer, with Memphis Depay, Sergio Aguero and Eric Garcia arriving as free transfers and striker Luuk de Jong joining on loan from Sevilla.

Koeman won the Copa del Rey at the end of his first season but Barca finished behind Atletico Madrid and Real Madrid in La Liga with their lowest points tally since 2008.

The former Netherlands centre-back played for the Spanish giants between 1989 and 1995, helping them to four league titles and the European Cup.

Shatta Wale Granted Bail After A Week In Prison

Ghanaian dancehall singer, Shatta Wale, has been released on bail after spending about seven days in prison. The musician was granted a self-recognizance bail on Tuesday after his lawyers pleaded […]