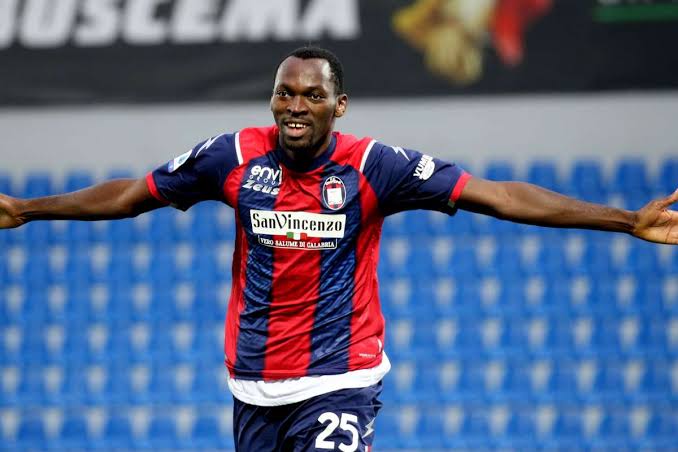 The manager of newly-promoted Serie A side, Salernitana, Fabrizio Castori, has called on Super Eagles striker Simy Nwankwo to improve his game after his poor start to the 2021/22 season.

Following an impressive season with relegated Crotone in the 2020/21 season where he scored a total of 20 goals, the 29-year-old, who finished the season as the sixth-best finisher in the Italian league, has struggled to repeat his scoring form of last season since he moved to the Estadio Arechi.

Simy is yet to score having played a total of 216 minutes from six matches. He started two of those games while his other four appearances were from the bench.

Just like the Nigerian, Castori’s men have also had a poor start to the season and have taken only one point from a possible 18.

Speaking ahead of their game against Genoa today, the coach praised Simy’s work ethic but said the striker must improve.

“The boy is very serious; we are waiting for him because a group has the obligation to push those who have more difficulties,” Castori told Napoli magazine.

“He knows well that he must improve; together we will bring him back in the best conditions to allow him to do what he knows.”

A Hungarian academic who spearheaded a book of fairytales that features disabled, LGBT, poor and Roma characters — and became the focus of a political backlash — says she was […]