Rooney: Ronaldo Could Play Until He’s 40 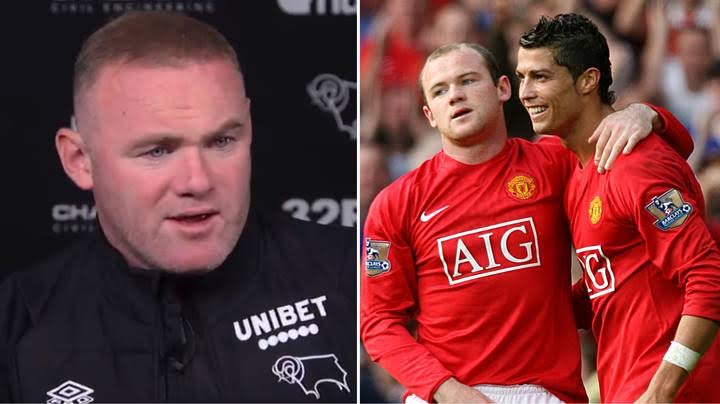 Former Manchester United captain, Wayne Rooney says Cristiano Ronaldo is capable of playing until he is 40 as he has adapted his playing style to extend his career.

Rooney who now manages second division Championship side Derby County said “The last time he played here, he was more of a runner, a great dribbler, with pace and power.

“Whereas now, he’s a goalscorer. I think his game has adapted dramatically.”

The United all-time top scorer, added that his former team mate is a “completely different player” to the one that left the club 12 years ago but can still keep up with the physical demands of the Premier League.

“His ability is obviously one thing, but then he’s also looked after himself massively … he’s still in great condition. It wouldn’t surprise me if he’s playing until he’s 40, like Ryan Giggs did, and still scoring goals.

“His team mates will have to work a little harder. But if it’s anything like last time — towards the last two years of playing with him — the team allowed him to do that because he scores you goals and goals win you games.”

Ronaldo, who scored 118 goals for United during his first stint, is expected to feature when they play Newcastle United in the Premier League on Saturday.

The Central Bank of Nigeria has said e-Naira will strengthen the banking system by making it easier to comply with existing laws such as anti-money laundering, customer protection against fraud […]