Osimhen too expensive for Leipzig – Nagelsmann 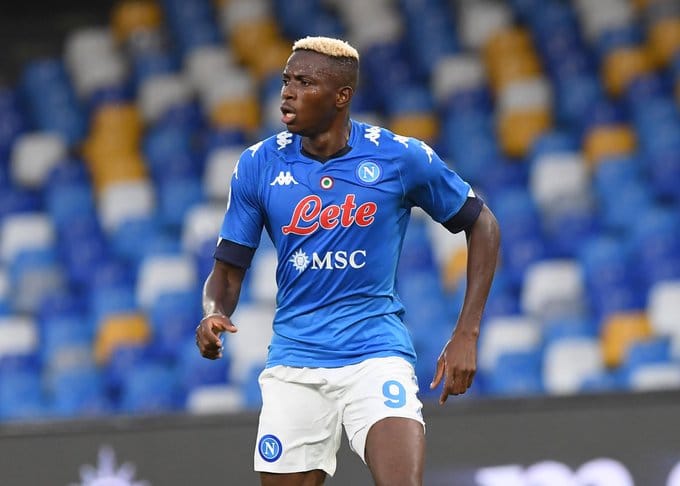 RB Leipzig manager, Julian Nagelsmann, has confirmed that the German Bundesliga club were interested in signing Nigeria international, Victor Osimhen, last summer but found his cost excessively too high for the club.

Osimhen had a fantastic season with Lille in the 2019/20 season in the French Ligue 1, scoring 18 goals in all competitions and became a transfer target for several of Europe’s top clubs, before eventually joining Italian Serie A side Napoli for an initial transfer fee of €70m.

In an interview with Kicker and quoted by Fussballtransfers, the Leipzig boss said they couldn’t afford to meet the demand for the 22-year-old striker despite their interest in him.

Nagelsmann said, “Victor Osimhen was once in conversation, then he moved from Lille to Naples for over €60m.

“There is a financial policy that we have and all strikers who guarantee a lot of goals cost upwards of €50m. You have to be honest, that was just too much for us.”

The German club would go on to sign Norway international Alexander Sörloth, having been unsuccessful in signing their number one target Osimhen.

Both players have only managed two goals each for their respective clubs, with Osimhen playing fewer matches.

Millions without power as winter weather blasts the US