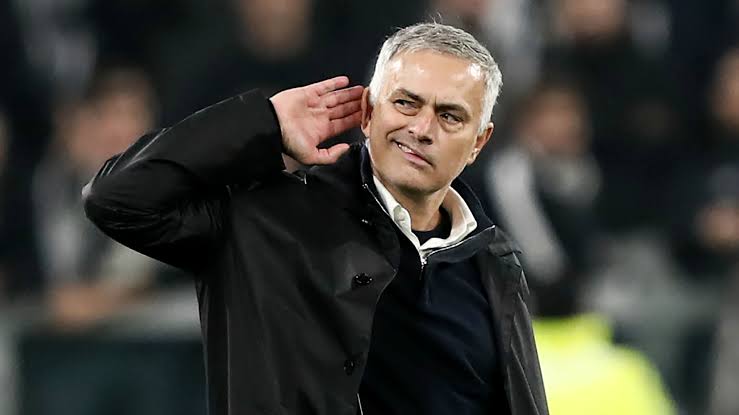 Portuguese manager, José Mourinho, has been appointed as AS Roma head coach for next season.

The former Tottenham Hotspur boss was appointed on a three-year contract starting in the 2021-22 season.

He was sacked by Spurs in April after just 17 months in charge of the Premier League club.

He is returning to Italian Serie A having won successive titles with Inter Milan before leaving for Real Madrid in 2010.

AS Roma announced the appointment of the Portuguese gaffer in a statement on its official website on Tuesday.

The club said Mourinho will take over the reign from Paulo Fonseca, its current coach, when he quit his role at the end of the current campaign.

“AS Roma are delighted to announce an agreement has been reached with José Mourinho to become the club’s new head coach,” the statement read.

“Mourinho has agreed a three-year contract with the Giallorossi that will run until 30 June 2024. He will begin his new role ahead of the 2021-22 campaign.

“We are thrilled and delighted to welcome José Mourinho into the AS Roma family.”

Dan Friedkin and Ryan Friedkin, AS Roma president and vice respectively, said they are thrilled to have appointed “a great champion who has won trophies at every level.

In his two years sojourn in Italy, Mourinho won Serie A on two occasions, including a European treble of the Scudetto, the Coppa Italia and the UEFA Champions League in 2010 – a first for an Italian club.

The federal government has approved the extension of the deadline for National Identity Number (NIN)-SIM data verification from May 6 to June 30, 2021. The decision was reached at a […]