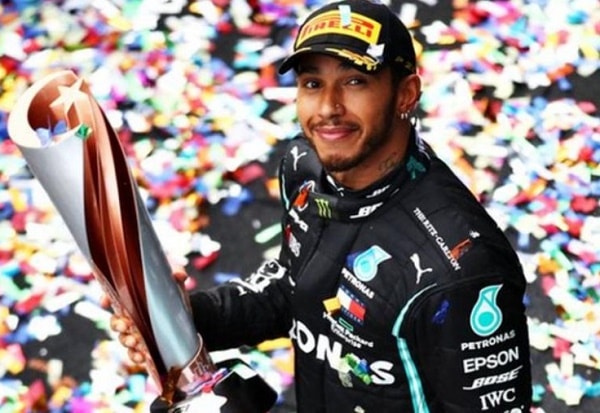 British Formula One driver and seven-time world champion, Lewis Hamilton has been awarded a knighthood in the UK’s New Year’s honours list.

On Wednesday, the 35-year-old received the award, which is one of the highest honours bestowed in UK.

The award, which can be traced back to medieval times and carries the title ‘Sir’, is given to selected individuals for exceptional achievement in any given activity.

Wednesday’s event was part of Queen Elizabeth II’s New Year’s honours list which also recognised several others who made an impact on their various fields during the outgoing year.

It comes after an exceptional year for Hamilton during which he equalled Michael Schumacher’s tally of seven world titles among other feats.

Hamilton who took the knee on the grid and wore anti-racism slogans during the season, also dominated the headlines for his active involvement in the Black Lives Matter movement.

“Lewis is a true giant of our sport and his influence is huge both in and out of a car. What he has achieved is phenomenal with still more to come,” he said.

“All of us at Formula 1 congratulate him on this well-deserved recognition of his achievements and look forward to seeing more of his brilliance in 2021.”

Others included in the New Year’s honours list are:

President Muhammadu Buhari has signed the 2021 appropriation bill of N13.588 trillion into law. Buhari had on October 8, presented the initial 2021 budget proposal of N13.082 billion to a […]