Enyeama: It’s A Big Shame Only Two Players Have 100 Caps For Eagles 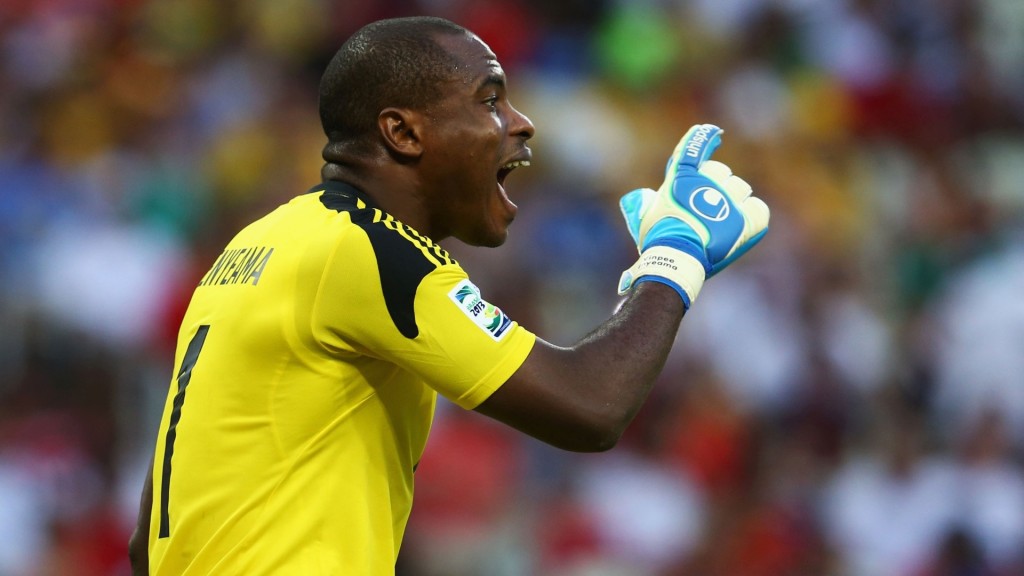 Former Super Eagles goalkeeper, Vincent Enyeama, says it is a big shame that only two Nigerian players have bagged over 100 appearances for the senior national team.

Only Enyeama and Joseph Yobo are the two Nigerian players to have surpassed the centenary caps for the Super Eagles with 101 appearances each.

Last week, after Nigeria’s victory over Cape Verde, Amaju Pinnick, president of the NFF, in a video, claimed that Ahmed Musa had played his 100th game for the national team, however, this claim was found to be wrong after TheCable did a fact-check on it.

Enyeama in a chat with ESPN on Monday, said lack of continuity and commitment from players and managers were the reasons only two persons have achieved the feat.

He also compared Nigeria to “other top football countries,” saying it’s appalling that footballers play for the senior national team for over a decade but still won’t rake up centenary of appearance.

“One hundred caps is nothing. I think it is a shame that we have only two players that have played for Nigeria up to 100 times,” the former Enyimba goalkeeper said.

“It is a big shame because with the quality we have in Nigeria, we should have more. That shows that there is a lack of continuity, consistency, commitment on the part of the players and management.

“Look at other top football countries, and you will find that many of their players, active and retired, have more than 100 caps. But we have players in Nigeria playing 10 to 15 years and still don’t get up to 100 caps because these coaches come in and change players all the time.

“Players like JayJay (Okocha), Peter Rufai, Kanu deserve to have more than 100 caps. It is sad that Mikel could not get up to 100 because he was very close to it. Going forward, we need to do better. We need more players to get there.”

The U.K. will offer a third dose of COVID-19 vaccine to everyone over age 50 and other vulnerable people after an an expert panel said the boosters were needed to […]