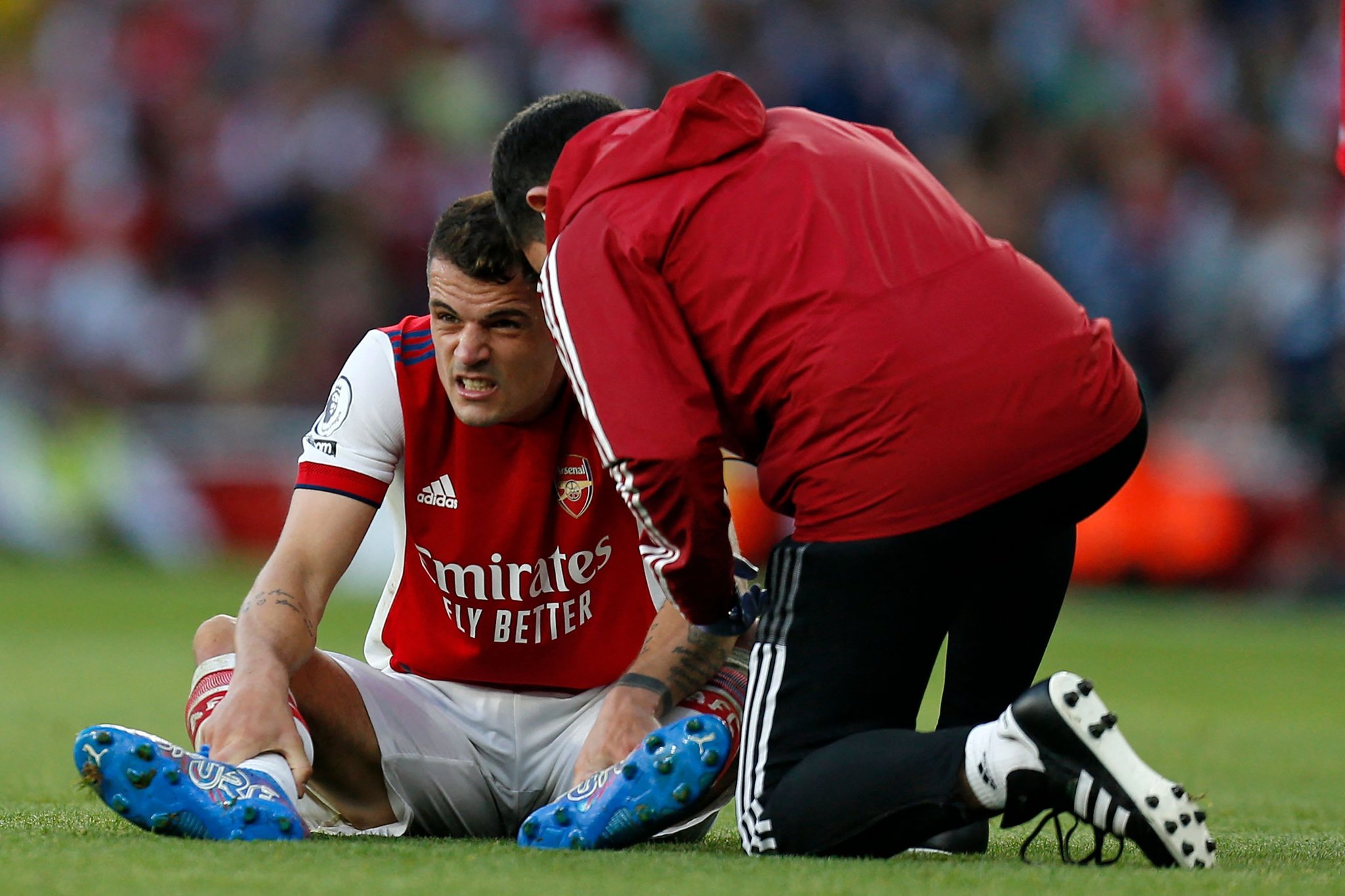 English Premier League side, Arsenal, disclosed on Wednesday that midfielder Granit Xhaka has been ruled out for up to three months following a knee injury that he suffered during the weekend’s north London derby win against Tottenham.

Xhaka was injured in a collision with Lucas Moura after the Tottenham forward had been challenged by Thomas Partey.

After a specialist examination of the injury, the Swiss international who limped off the pitch could now miss the rest of 2021.

“Further to injuring his right knee during Sunday’s match against Tottenham Hotspur, assessments and scans have confirmed that Granit Xhaka suffered a significant injury to his medial knee ligament,” an Arsenal statement read on Wednesday.

“A specialist consultation took place in London on Tuesday evening which has determined that Granit does not require surgery.

“Granit’s recovery and rehabilitation programme will start immediately and we are aiming for him to be back in action in approximately three months.

“Everyone at the club will now be supporting and working hard with Granit to get him back on the pitch as soon as possible.”

Sunday was Xhaka’s first game back following a three-match ban for a red card in the 5-0 thrashing at Manchester City before the international break.

As well as being suspended, Xhaka has only recently recovered after testing positive for the coronavirus.