2022 World Cup To Be Played In Full Stadiums, Says Qatar 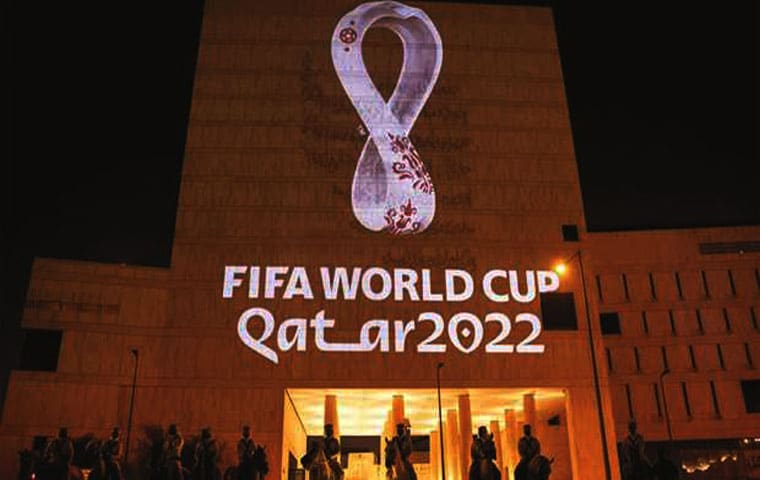 The organisers of Qatari 2022 World Cup have insisted that matches will be played in stadiums operating at 100 per cent of capacity even as the global fight against coronavirus rages on.

In Tokyo, organisers of this year’s rescheduled Olympics have insisted their tournament will go ahead, but infectious diseases experts have questioned the safety of hosting the tournament before the virus is comprehensively defeated and there are speculations that they could be called off.

If the Olympics fall, the 2022 World Cup being staged in the Middle East for the first time would be the next major global sporting event to face the scrutiny of its virus strategy and safety plans.

“Then in December, capacity was raised to 30 per cent which was followed by the Club World Cup at the same percentage… then reaching the 2022 World Cup with crowds of 100 per cent,” he told AFP on Sunday.

Qatar is currently hosting the Club World Cup of regional champions as the country sees a rise in coronavirus cases and hospital admissions.

Local authorities have taken a swathe of measures including banning travelling fans from outside the country.

New cases over the past week jumped by a fifth compared to the week before, according to official data, while hospital admissions due to COVID-19 are up 85 per cent in the past month, the health ministry said.

“There is confidence in the measures that are taken in the stadiums and the metro network and in the means of entry and exit to preserve the safety of everyone,” Jamal said.

Qatar officially cut the maximum capacity permitted capacity at open-air football grounds to 20 per cent ahead of the Club tournament but the competition was permitted to continue with maximum 30-per cent attendance.

“We have put in place several precautionary measures to ensure that 30 per cent is appropriate,” Jamal said.

Matches are being played at two stadiums which will also host World Cup games next year.

Two of the as-yet unopened stadiums, Al Thumama and Ras Abu Abboud, could be used for the 22-nation Arab Cup competition in December, Jamal said.

“It is up to FIFA, but we hope that the Arab Cup will represent a golden opportunity to test the two stadiums,” he said.

Jamal denied any stadium projects had been delayed due to the pandemic.

El-Rufai Disagrees With Gumi On Dialogue With Bandits

The Governor of Kaduna State, Nasir El-Rufai, says he does not agree with the proposition by a prominent Islamic cleric, Ahmad Gumi, that the federal government should dialogue with bandits […]