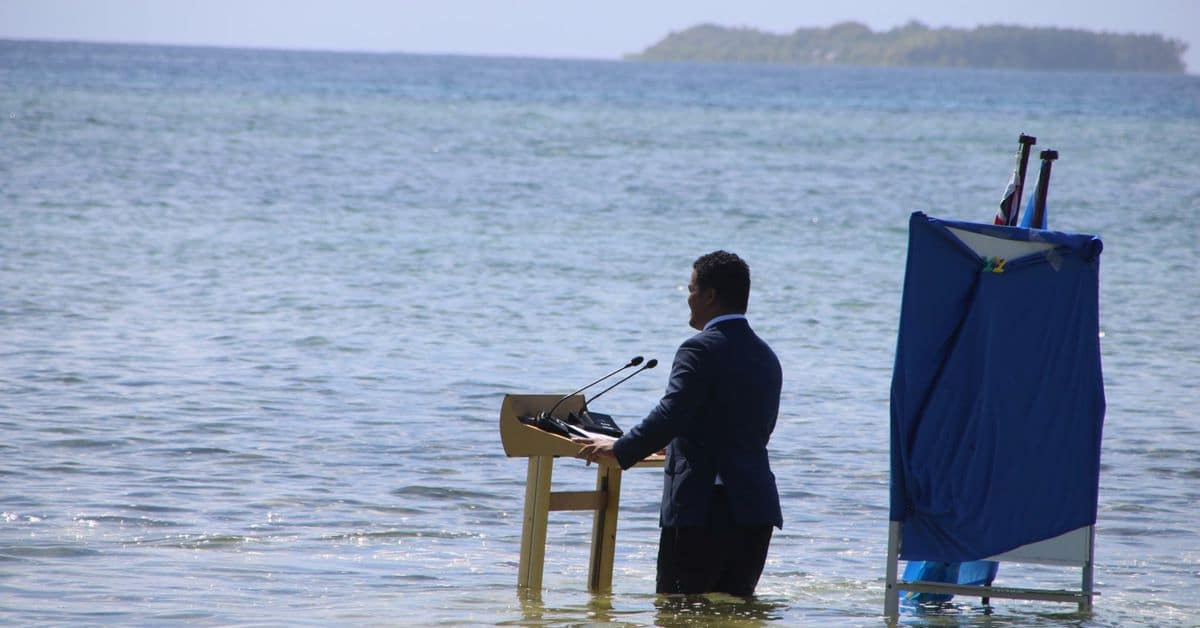 Tuvalu foreign minister Simon Kofe said on Tuesday that the Pacific island nation is looking at legal ways to keep its ownership of its maritime zones and recognition as a state even if it is completely submerged due to climate change.

“We’re actually imagining a worst-case scenario where we are forced to relocate or our lands are submerged,” the minister, Simon Kofe, told Reuters in an interview.

“We’re looking at legal avenues where we can retain our ownership of our maritime zones, retain our recognition as a state under international law. So those are steps that we are taking, looking into the future,” he said.

Images of Kofe recording a speech to the United Nations COP26 climate summit standing knee-deep in the sea have been widely circulated on social media over recent days, pleasing the tiny island nation which is pushing for aggressive action to limit the impact of climate change.

“We didn’t think it would go viral as we saw over the last few days. We have been very pleased with that and hopefully that carries the message and emphasises the challenges that we are facing in Tuvalu at the moment,” Kofe said.

Tuvalu is an island with a population of around 11,000 people and its highest point is just 4.5m (15 ft) above sea level.

Kofe said he delivered the video address, scheduled to be aired at COP26 on Tuesday, in a place that used to be dry land. He added that added that Tuvalu was seeing a lot of coastal erosion.

When asked what Tuvalu’s people think about the rising sea levels, Kofe said some of the older generation say they are happy to go down with the land, while others are leaving.

“The one thing is clear is that the people have a very close tie to their land,” Kofe said.

Ferdinand: It Is Time For Solskjaer To Leave Man Utd