Trump To US Senate: You Have No Power To Impeach Me 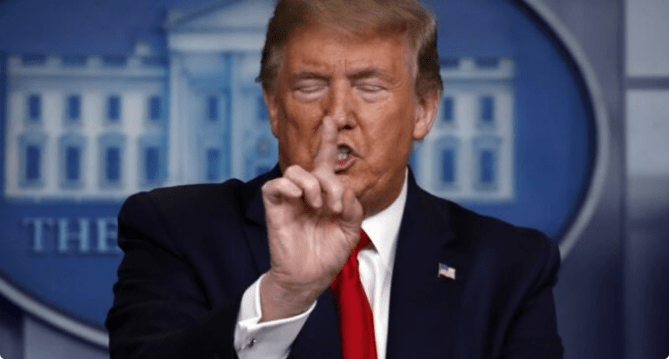 Former US President Donald Trump has said the senate has no power to impeach him.

On January 13, the US house of representatives voted 232-197 to impeach Trump for a record second time.

The majority of house members — including 10 of Trump’s fellow Republicans — voted in favour of impeaching him for encouraging his supporters to storm the congress on January 6.

The impeachment resolution charges Trump with just one article: “Incitement of insurrection”.

The house of representatives formally delivered the impeachment charge against Trump a week ago.

On Tuesday, the house impeachment managers said Trump is “singularly responsible” for inciting the insurrection at the US Capitol in January.

In a 80-page brief, the house impeachment team said Trump must be convicted and barred from holding future office over his actions which “threatened the constitutional system that protects the fundamental freedoms we cherish”.

“President Trump’s responsibility for the events of January 6 is unmistakable,” the team wrote.

“President Trump’s effort to extend his grip on power by fomenting violence against Congress was a profound violation of the oath he swore. If provoking an insurrectionary riot against a Joint Session of Congress after losing an election is not an impeachable offense, it is hard to imagine what would be.”

But in defence of the 45th US president, Trump’s counsel, Bruce Castor and David Schoen, argued that the senate has no power to impeach the former president.

In a 14-page brief addressed to the senate, Trump’s lawyers said the US constitution only allows for impeachment of an official while in office.

“Since the 45th President is no longer “President,” the clause ‘shall be removed from Office on Impeachment for…’ is impossible for the Senate to accomplish, and thus the current proceeding before the Senate is void ab initio as a legal nullity that runs patently contrary to the plain language of the Constitution.

“Since removal from office by the Senate of the President is a condition precedent which must occur before, and jointly with, “disqualification” to hold future office, the fact that the Senate presently is unable to remove from office the 45th President whose term has expired, means that Averment 1 is therefore irrelevant to any matter before the Senate.”

The lawyers said Trump “requests the Honorable Members of the Senate of the United States dismiss Article I: Incitement of Insurrection against him as moot, and thus in violation of the Constitution, because the Senate lacks jurisdiction to remove from office a man who does not hold office”.

Some women in Uromi, Esan local government area of Edo state, have taken to the streets in their numbers to protest against the activities of herders in the area. The […]