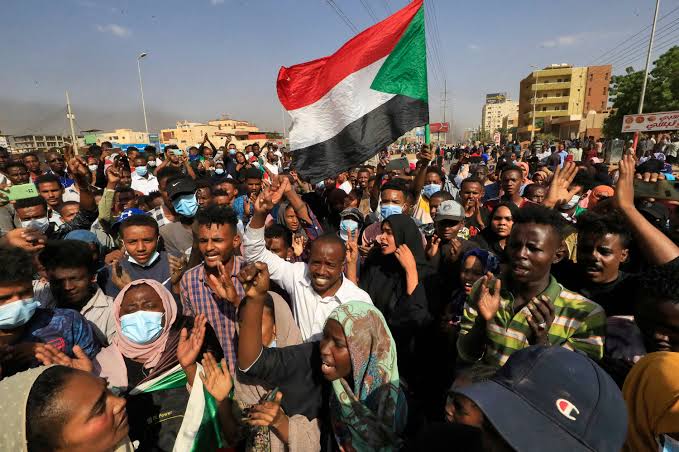 Security forces fired tear gas Sunday as thousands rallied in Sudan’s capital Khartoum and a neighbouring city, witnesses said, keeping up pressure on the military following a coup 11 weeks ago.

The coup, led by army chief General Abdel Fattah al-Burhan on October 25, derailed a power-sharing transition between the military and civilians that had been painstakingly established in the wake of longtime autocrat Omar-al-Bashir’s ouster in 2019.

The resumption of protests since the coup has been met with a crackdown that has killed at least 60 people, according to medics.

Authorities have repeatedly denied using live ammunition in confronting protests and said scores of security forces have been wounded during demonstrations that have often “deviated from peacefulness”.

He had only taken his position back up on November 21, having originally been ousted along with his government in the October coup.

On Saturday, the United Nations said it would facilitate talks between key Sudanese stakeholders in a bid to resolve the crisis.

But the Forces for Freedom and Change (FFC), the civilian alliance which spearheaded the protests against Bashir and became integral to the transition government, said it had not received “any details” about the UN initiative.

On Sunday, the Sudanese Professionals Association — similarly instrumental in the anti-Bashir protests — said it completely “rejected” the UN-facilitated talks.

“The way to resolve the Sudanese crisis begins with the complete overthrow of the putschist military council and the handover of its members to face justice over the killings committed against the defenceless (and) peaceful Sudanese people,” the SPA said in a statement.

Burhan has insisted that the October military takeover “was not a coup” but only meant to “rectify the course of the Sudanese transition.”

The UN Security Council is to meet on Wednesday to discuss the latest developments in Sudan.

At least six people, including a diver, have been killed in flash flooding from torrential rains in South Africa’s Eastern Cape province, a senior regional official said Sunday. “A total […]