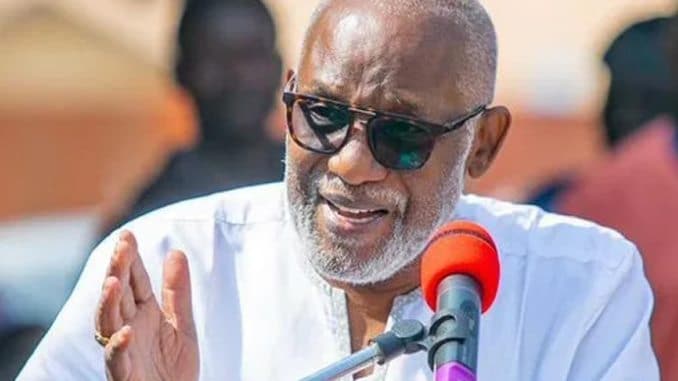 Ondo State Governor, Rotimi Akeredolu orders herdsmen to vacate all forest reserves in the state within the next seven days.

The Governor, who made the proclamation via Twitter, said the order had become necessary due to the increasing incidents of kidnap cases in the state.

“These unfortunate incidents are traceable to the activities of some bad elements masquerading themselves as herdsmen,” Governor Rotimi Akeredolu said. “These felons have turned our forest reserves into hideouts for keeping victims of kidnapping, negotiating for ransom, and carrying out other criminal activities.”

He also banned night-grazing with immediate effect “because most farm destruction takes place at night.”

“Movement of cattle within cities and highways is prohibited,” he added. “Under-aged grazing of cattle is outlawed.

“Our resolution to guarantee safety of lives and property within the State shall remain utmost as security agencies have been directed to enforce the ban.”

The Governor noted that his administration “will give a grace period of seven days for those who wish to carry on with their cattle-rearing business to register with appropriate authorities in the state.”

Later that month, unidentified gunmen abducted the wife of the Chief of Staff to Governor Akeredolu.

Earlier in January, gunmen abducted a couple and two others in Uso community, in Owo Local Government Area of the state.

Presidential Task Force (PTF) chairman on COVID-19, Mr. Boss Mustapha says Nigeria and South Africa have continued to report the highest daily count of COVID-19 on the African continent.  While […]