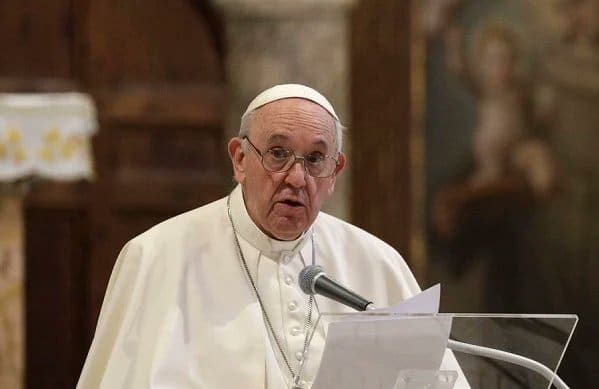 People of all faiths have been asked to take action to address the impact of climate change by religious leaders including Pope Francis, Justin Welby, Archbishop of Canterbury, and Bartholomew I, ecumenical patriarch of the Eastern Orthodox church.

In a letter signed on September 1 but currently in circulation, the religious leaders said as the world gets set for the United Nations conference on climate change, COP26, scheduled for November in Scotland, decisive action needs to be taken.

They also made a case for poor countries, saying such areas contribute the least to the greenhouse gas pollution that drives climate change but bear “the most catastrophic consequences”.

“As world leaders prepare to meet in November at Glasgow to deliberate on the future of our planet, we pray for them and consider what choices we must all make,” the letter reads.

“We call on everyone, whatever their belief or world view, to endeavour to listen to the cry of the earth and of people who are poor, examining their behaviour and pledging meaningful sacrifices for the sake of the earth which God has given us.

“To those with more far-reaching responsibility — heading administrations, running companies, employing people or investing funds — we say: choose people-centered profits; make short-term sacrifices to save all our futures; become leaders in the transition to just and sustainable economies. ‘To whom much is given, much is required’.’’

Israel has recaptured four of the six Palestinian militants who escaped from a high-security prison earlier this week in one of the most spectacular breakouts in the country’s history, police […]