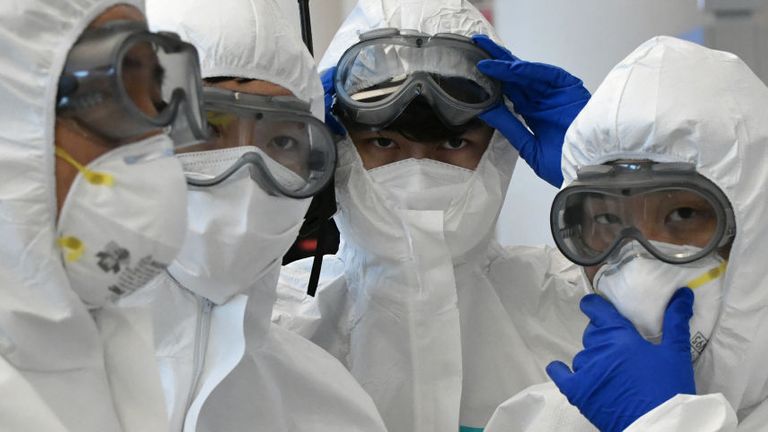 Papua New Guinea carried out the first in a series of mass Covid-19 burials Wednesday, interring 54 people whose remains were unclaimed for months as the pandemic ravaged the under-resourced Melanesian nation.

Some remains had been stored there since March, as authorities tried to locate loved ones and secure scarce funding to carry out the last rites.

The ceremony took place at Nine Mile Cemetery on the outskirts of the capital Port Moresby.

Masked-up officials carefully removed each of the sheet-clad remains from shipping containers and placed each in a rough wooden box made by local villagers, AFP correspondents at the scene reported.

From there, the makeshift caskets — some with names scrawled on the lids — were stacked like Jenga blocks in a four-metre (13-foot) deep trench.

Around 40 people looked on, including a handful of city hall staff, as well as hospital and morgue attendants and a few journalists.

No families were present.

Funerals are usually a vital cultural rite in Papua New Guinea, where ceremonies known as “Haus Krais” can span days.

Even in remote areas, hundreds if not thousands of mourners attend.

Families, extended clans and often people from neighbouring villages gather to weep, howl and chant for hours on end in a collective show of grief.

Of the 300 deceased at the Port Moresby General Hospital morgue, around 122 were confirmed positive for the coronavirus.

Testing is patchy, however, and the scale of Papua New Guinea’s pandemic crisis is not reflected in official figures.

Officially, it has detected about 35,000 cases in a population of close to nine million.

But data from 700 clinics around the country showed that 2.6 million people — more than a quarter of the population — presented with flu or pneumonia-like symptoms between March 2020 and September 2021.

Headline: Mbappe and Messi Double Up In PSG Victory

Mbappe scored twice in the first seven minutes, the second-fastest double at the start of a game in Champions League history, before setting up Messi to make it 3-0 at […]