Osinbajo: If Nigeria Breaks Up, All Of Us Will Lose Out 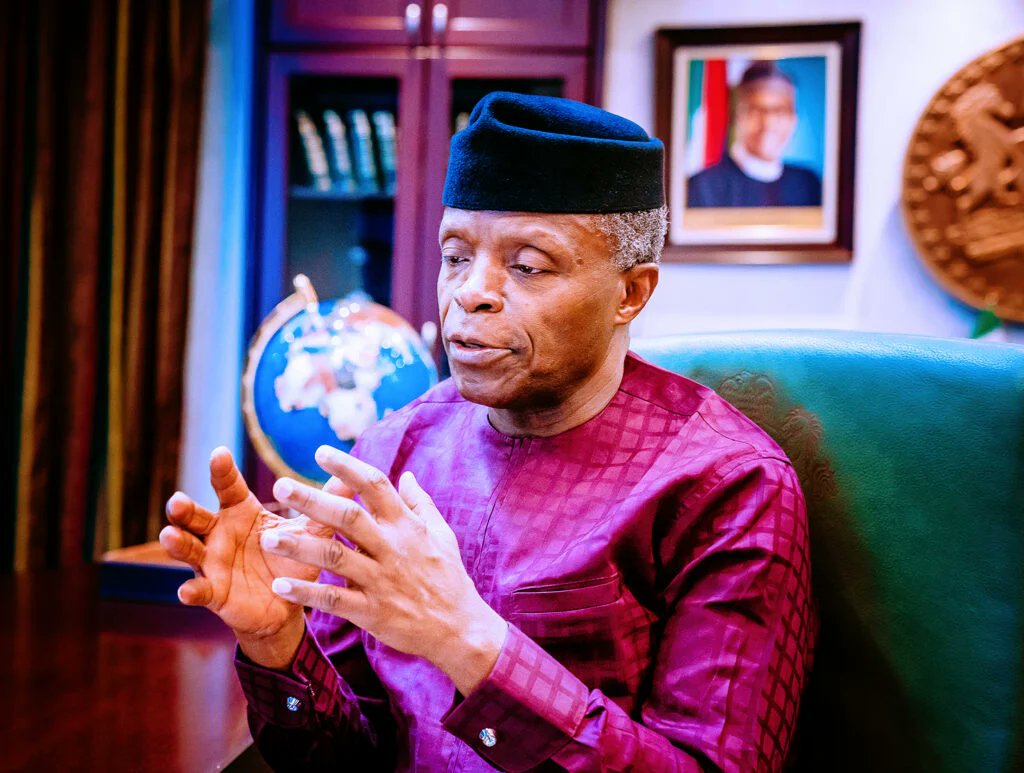 Nigerians will be at a disadvantage if the country breaks up. This is according to Vice-President Yemi Osinbajo who said this on Monday, when he received the national executive of the Nigeria Union of Journalists (NUJ), at the presidential villa in Abuja.

The NUJ national executive was led to the presidential villa by Chris Isiguzo, president of the union.

According to a statement by Laolu Akande, his spokesperson, Osinbajo said there is a need to promote the message of unity in the country, and advised journalists to be professional in the discharge of their duties.

“This country is ours, whether we are press, politicians or religious people. The country is ours, and we must do everything to ensure that the country remains safe, secure, and united, and this so important,” he was quoted as saying.

“I thank you for your civic vigilance, for the very kind words you have spoken about Nigeria, and for remaining steadfast in your belief for the rule of law and press freedom in the country.

“As I keep saying, the elite in our country, those of us who have had the benefit of education, positions and all of that, we owe millions of our people who are poor, who have no access and have no voice, a duty to ensure that we don’t let things become worse for them.

“There are so many countries faced with a national challenge and where you have people who are prepared to subvert the entire republic, the press works actively with government to ensure that the information space is protected in such a way that people who want to subvert the republic are not allowed to do so.

“But I think it is important, because your voices as respected members of the fourth estate of the realm, your voices are very important in moderating the kinds of views that we hear constantly which in the end, (if care is not taken) subverts the polity.

“It is important for us to continue to emphasise that the unity of this country is crucial, because if this country breaks up in any way or becomes the subject of what some people will like it to be, all of us will lose out. Obviously, the elite will survive in any way but the vast majority of our people will not.

“So, I will urge that we should as much as possible do whatever we can in our spaces that we occupy to keep emphasising that we cannot afford a situation where the national unity of this country is compromised, or where the country is made the theater of conflict and all sorts of insurgencies and crimes.”

According to Akande, Isiguzo, in his remarks, condemned the spread of fake news, and urged the media to always verify information.

He also urged the federal government to support the media industry with “bailout fund”, in order to prevent job losses.

Instagram has now halted its plans to roll out a version of its video-sharing site for kids amid a wave of outrage. The Facebook-owned photo-sharing platform has, for a while, […]