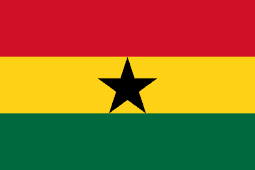 At least five people were killed as a result of the violence that broke out during the December 7 election in Ghana.

This development was confirmed by the police who said over 60 violence-related incidents have been recorded since election day.

“Twenty-one of the incidents are true cases of electoral violence, six of which involve gunshots resulting in the death of five,” the police said.

Tensions are high over a keenly contested presidential race between President Nana Akufo-Addo of the New Patriotic Party (NPP), and John Mahama, presidential candidate of National Democratic Congress (NDC) although there are 10 other candidates.

Mahama, a former president, had accused Akufo-Addo of using the military to intimidate voters and overturn the election in his (Akufo-Addo’s) favour.

Both men have claimed that provisional results show that they won the election.

Malami: National assembly has no constitutional power to summon Buhari

The attorney-general of the federation (AGF), Abubakar Malami says the national assembly has no constitutional power to summon President Muhammadu Buhari. Recall that last week, the house of representatives passed […]