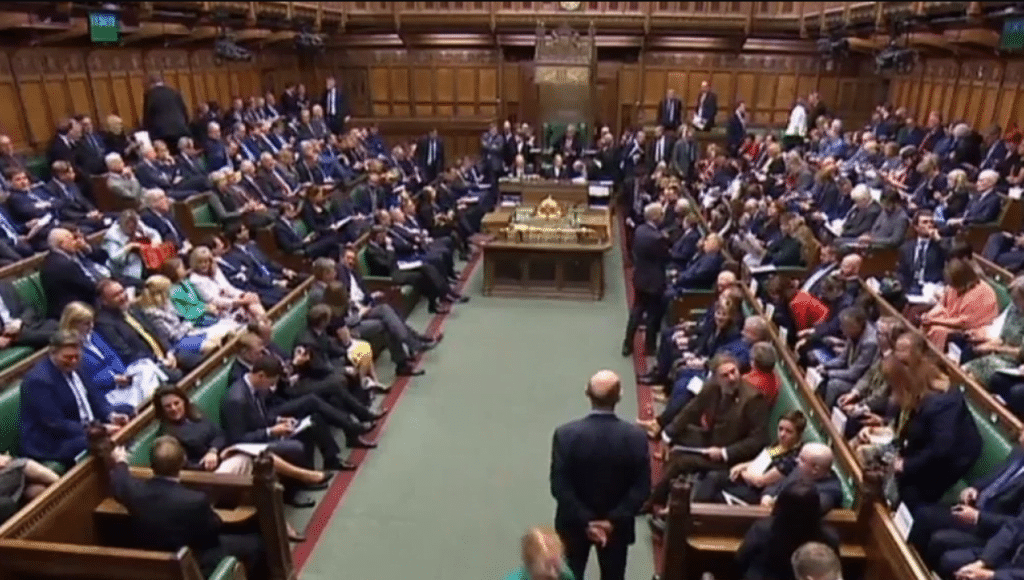 Members of the United Kingdom Parliament on Monday took turns to berate the administration of President Muhammadu Buhari for the attack and intimidation of protesters who participated in the #EndSARS demonstrations.

They demanded sanctions on government officials and security agents such as visa ban, freezing of assets and stopping the funding and training for the Nigeria Police Force.

The debate was as a result of a petition started by Silas Ojo which had garnered over 200,000 signatures.

The debate by members of the Petitions Committee which kicked off with Theresa Villiers, a member of the British Conservative Party who served as Secretary of State for Environment, Food and Rural Affairs from 2019 to 2020 held at the Westminster Hall.

The Member of Parliament for Chipping Barnet constituency said, “I believe the petitioners have a credible case for the imposition of individualised sanctions such as travel bans and asset freezes.”

She said the UK Government must explain the role of the government in training security agents who end up abusing the rights of Nigerian citizens.

Also speaking, the MP for Edmonton, Kate Osamor, described the claim by the Minister of Information and Culture, Lai Mohammed, that the killings at the Lekki toll plaza was fake news as undemocratic

Osamor noted that the UK government continued to sell weapons and provide training to SARS personnel despite the fact that Amnesty International and other rights groups had accused the now disbanded unit of extra-judicial killings.

Member of Parliament for West Ham, Lyn Brown, said it was unfortunate that the Federal Government went ahead to not only accuse protesters of sponsoring terrorism and freeze their accounts but also blamed them for the increase in food prices.

Responding on behalf of the UK government, the MP for Aldridge-Brownhills, Wendy Morton, who is also the Minister at the Foreign, Commonwealth and Development Office, said the reports of intimidation of #EndSARS protesters were worrying.

Morton noted that the UK government was communicating with the President’s Chief of Staff, Prof. Ibrahim Gambari, and Lagos State Governor, Babajide Sanwo-Olu.

“It is a long-standing practice not to speculate on future sanctions as it could reduce the impact of the designations,” Morton said.

“We are aware that some protesters have reported facing intimidation and the British High Commissioner in Abuja continues to raise our concerns about intimidation of civil society groups and peaceful protesters with the Nigerian government,” the minister said.

Barcelona on Sunday has confirmed that Gerard Pique has sustained a serious knee injury and as a result, the defender is expected to be out for at least two months. […]