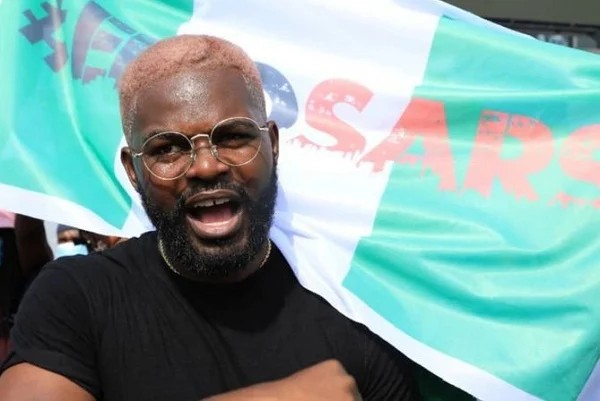 In spite of the warning by the Lagos police, Nigerian rapper, Folarin Falana, popularly known as Falz, has called on the youth to come out en masse for the first anniversary of the #EndSARS protest.

Last week, Lagos state commissioner of police, Hakeem Odumosu had cautioned that the command will not tolerate any protest in honour of the Nigerians who lost their lives during last year’s #EndSARS protest.

Odumosu said: “In view of the volatility of the present situations in the country, and the breakdown of law and order which the planned protest might cause, the Lagos state police command sternly warns against any form of protest today”

“The command wishes to use this medium to warn the youths, groups, or associations planning such protest to jettison the idea forthwith. The police in the state will not fold their arms and allow some misguided elements disrupt the peace and serenity currently being enjoyed in the state.

But on Sunday night, at the 2021 Felabration, an annual music festival in memory of Fela Kuti, the late Afrobeat pioneer, Falz called on the gyrated youths at the African Shrine to defy the police order and come out en masse for the memorial protest slated for October 20.

“October 20 don dey come like dis, police commissioner say make we no come outside,” the rapper said in pidgin English.

“Dem say on dat very day make we no comot, dem dey craze? No mata wetin dem try, no mata how many dem be, dem no born dem”.

The rapper had earlier taken to his Instagram page to caution the police that the youth will not be silenced.

His reaction comes after Mr Macaroni, the comedian, had accused the police of sabotaging the #EndSARS anniversary.

Nigerian youths had, in October 2020, protested against the now-disbanded special anti-robbery squad (SARS), a unit of the Nigeria Police Force.

Tambuwal: No One Has Monopoly Of Leading Nigeria

Sokoto State governor, Aminu Waziri Tambuwal has said that no one group of people, no matter their religious affiliation or tribe can arrogate the leadership of Nigeria to themselves to […]