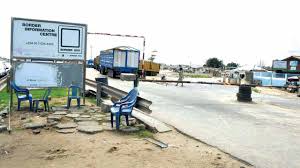 President Muhammadu Buhari has directed that all four land borders should be immediately reopened.

The borders are Seme in Lagos, Illela in Sokoto, Maigatari in Jigawa and Mfun in Cross River.

This was made known by the minister of finance, Zainab Ahmed at the end of the federal executive council (FEC) meeting on Wednesday.

Zainab said the president also directed that other land borders that were shut should be reopened from December 31, 2020.

“So, these four land borders will be reopened immediately while the remaining borders are directed to be reopened on or before 31st of December, 2020. Mr. President has also directed on the reopening of the borders that while others are being reopened, the ban on importation of rice, poultry and other banned products still subsists and will be implemented by border patrol team.”

Nigeria, the largest economy and the most thriving of the 15-member Economic Community of West African States (ECOWAS), last August closed its land borders over the proliferation of illegal importation of drugs, small arms and agricultural products into Nigeria from neighbouring West African countries.

However, at a meeting with governors last week, Buhari said the borders would be reopened since the closure had yielded results.

Farmers in the country had pleaded with the federal government not to reopen the border, saying such action would affect them negatively.

It’s all in the memory palace.