Buhari: Nigerians must return to Agriculture 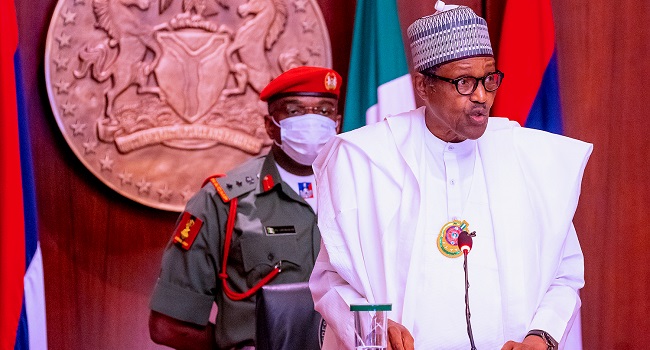 …directs CBN not to release money for food importation

President Muhammadu Buhari on Tuesday, said his administration would continue to encourage Nigerians to go back to agriculture.

The President said this has become imperative because the oil industry which Nigerians abandoned agriculture for is now in turmoil.

According to a statement by his Senior Special Assistant on Media and Publicity, Garba Shehu titled ‘President Buhari: Government will wrestle food inflation in the coming year’, Shehu quoted the President as giving his words that his administration will keep a keen eye on food inflation in 2021 while giving a directive to the Central Bank of Nigeria not to give any money for food importation.

He said Buhari directed that the CBN “must not give money to import food. Already about seven states are producing all the rice we need. We must eat what we produce.”

The presidential aide said Buhari wondered that if the country had not embraced agriculture, where would she have found itself by now in view of the devastating economic crisis brought about by COVID-19.

“Going back to the land is the way out. We depend on petrol at the expense of agriculture. Now the oil industry is in turmoil. We are being squeezed to produce at 1.5 million barrels a day as against a capacity to produce 2.3 million.

“We are back to the land now. We must not lose the opportunity to make life easier for our people. Imagine what would have happened if we didn’t encourage agriculture and closed the borders. We would have been in trouble,” the President added.

French-Italian fashion designer Pierre Cardin, applauded for his visionary creations but also for bringing stylish clothes to the masses has died. Cardin who was born in Italy in 1922 but […]