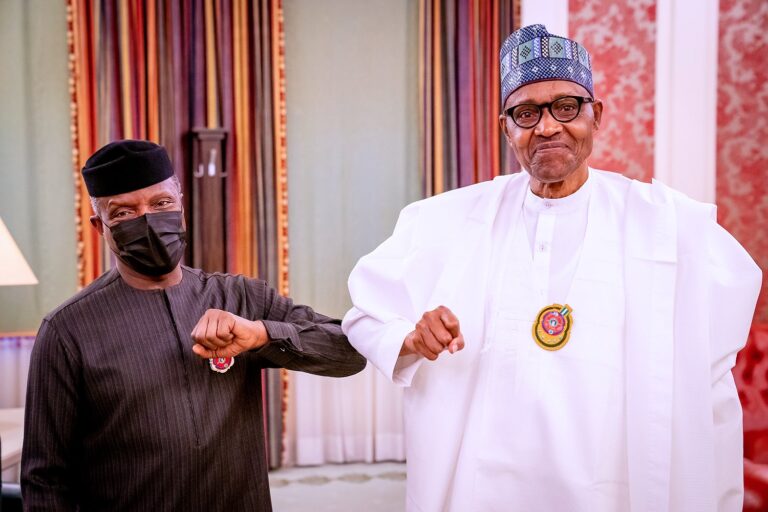 President Muhammadu Buhari says he is proud to have chosen Yemi Osinbajo as his running mate in 2015.

He said this in a congratulatory message to celebrate the Osinbajo’s 64th birthday.

According to a statement by Presidential Spokesman, Garba Shehu, Buhari described Osinbajo as “a reliable and dedicated deputy who is not only admirably competent, but also exudes confidence and passion in the performance of his job”.

“Vice-President Osinbajo is an incredibly patient politician who demonstrates remarkable intellectual and mental energy in the discharge of his duties,” Buhari was quoted to have said.

“I’m proud to have selected Osinbajo as my running mate, and he has given a good account of himself since our journey began in 2015.

“The Vice-President is a cool-headed gentleman who puts the interest of Nigeria above other narrow considerations.”

The President wished Osinbajo many more prosperous years and divine guidance in his affairs.

Manchester United emerged from the Manchester derby with bragging rights thereby ending the Premier League leaders’ 21-match winning run in all competitions. United went into the game as clear underdogs […]