Eminem Releases Surprise Album “Music To Be Murdered By: Side B” 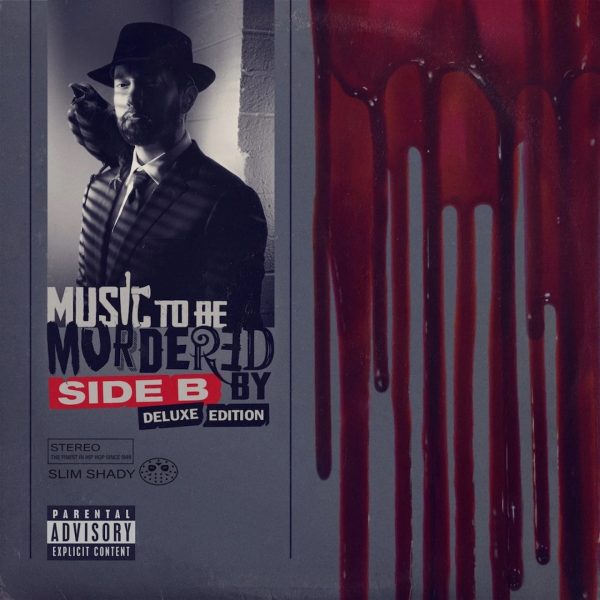 The 16-track “Music to Be Murdered By – Side B” has 13 full songs with three skits alongside the project, Eminem shared the official “GNAT” video directed by Cole Bennett.

“Music to Be Murdered By: Side B” was executive produced by Eminem and Dr. Dre. The album features Skylar Grey, DJ Premier, Ty Dolla $ign, Dr. Dre, Sly Pyper, MAJ and White Gold.

Before the release of the album, Eminem whose real name is Marshall Bruce Mathers III had remained quiet about the album in spite of rumours of a new release which began circulating on social media last week.

Strengthening the speculations was a release of the purported cover art and 12-song tracklist surfaced online.

Shady Records’ KXNG Crooked responded to the rumours by sharing what seemed like a press release with a tracklist, release date and featured artists earlier in the week:

Dear Stans.. I can absolutely not confirm ANYTHING that has my logo on it. Sorry guys ✊🏾 pic.twitter.com/7gkd8SOusr

On “Zeus,” Eminem offers an apology to Rihanna. He references a decade-old song that leaked in 2019 that featured lyrics about “siding with Chris Brown.” “And wholeheartedly apologies Rihanna for that song that leaked/I’m sorry, Rih, it wasn’t meant to cause you grief/But regardless it was wrong of me.”

Tagged as: Eminem, Music to be murdered by.