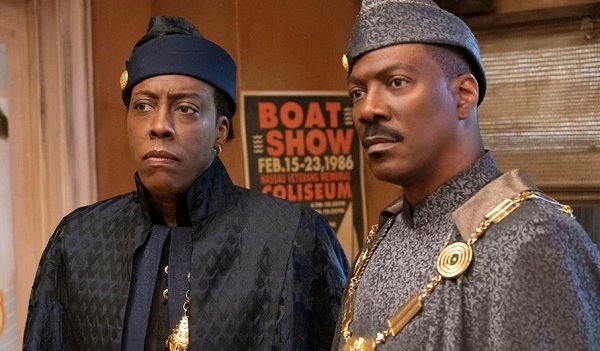 Amazon Prime Video on Tuesday released the official trailer for ‘Coming 2 America’, an upcoming US comedy film, scheduled for release on March 5, 2021.

It opens with James Earl Jones, who starred as former King of Zamunda in the original edition of the movie, informing Murphy that he has a son destined as heir to the throne in America.

He thereafter directs Murphy to return to America to search for his son in the company of Arsenio Hall (Semmi), who is starring as his trusted servant and best friend.

But Murphy, ostensibly rankled by the directive, opposes the idea, screaming “Oh hell no, Your Majesty!” amid intense persuasion from Semmi.

The upcoming project is a sequel to ‘Coming to America,’ a 1988 romantic comedy film directed by John Landis.

Others are Wesley Snipes, John Amos (who is also repeating his role as Cleo McDowell), and Teyana Taylor, an American singer-songwriter.

Popular Nigerian actor, Williams Uchemba, who got married recently and is taking a vacation in South Africa has taken to his verified Instagram account to state that he is sad […]