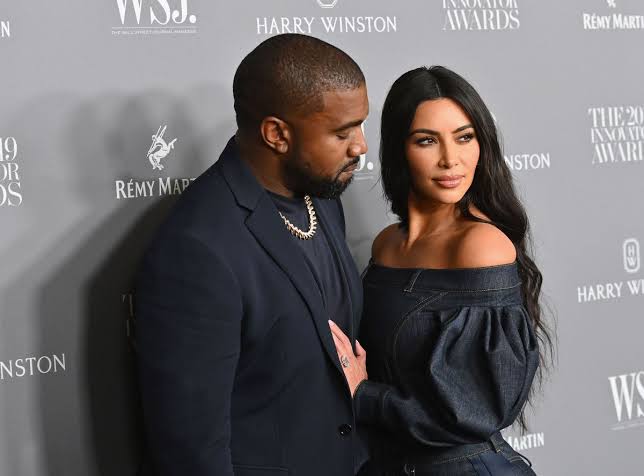 He made this known during an interview with Revolt TV Drink Champs, which was released on Thursday.

In the interview, he spoke about his new album Donda, his career, his estranged wife, amongst other things.

According to TMZ report on Friday, Ye, speaking of Kim, said that she is still his wife because there “ain’t no paperwork” to prove otherwise.

Though the duo are still in an ongoing divorce row, his assertion is technically legal because the separation proceedings isn’t final yet.

Despite the divorce saga, Kim has supported Ye in his recent projects, as she showed up at his album listening parties.

Ye, in turn, was also with Kim at New York, when she did her first hosting gig at the Saturday Night Live show.

Since she filed for divorce in February,
Kardashian, 40, and Ye, 44, have been putting on a united front throughout their divorce, especially when it comes to their four kids — North, 8, Saint, 5, Chicago, 3, and Psalm, 2 — and their work.

Recent news on their separation disclosed that Kim bought the Hidden Hills Estate she shared with Ye for $23m as part of their divorce.

There are also dating rumours about Kim and American comedian, Pete Davidson, as the duo recently stepped out on their second dinner date.

Britain on Thursday approved the use of Merck’s antiviral pill to treat patients suffering from mild to moderate coronavirus infections, the Medicines and Healthcare products Regulatory Agency (MHRA) announced.