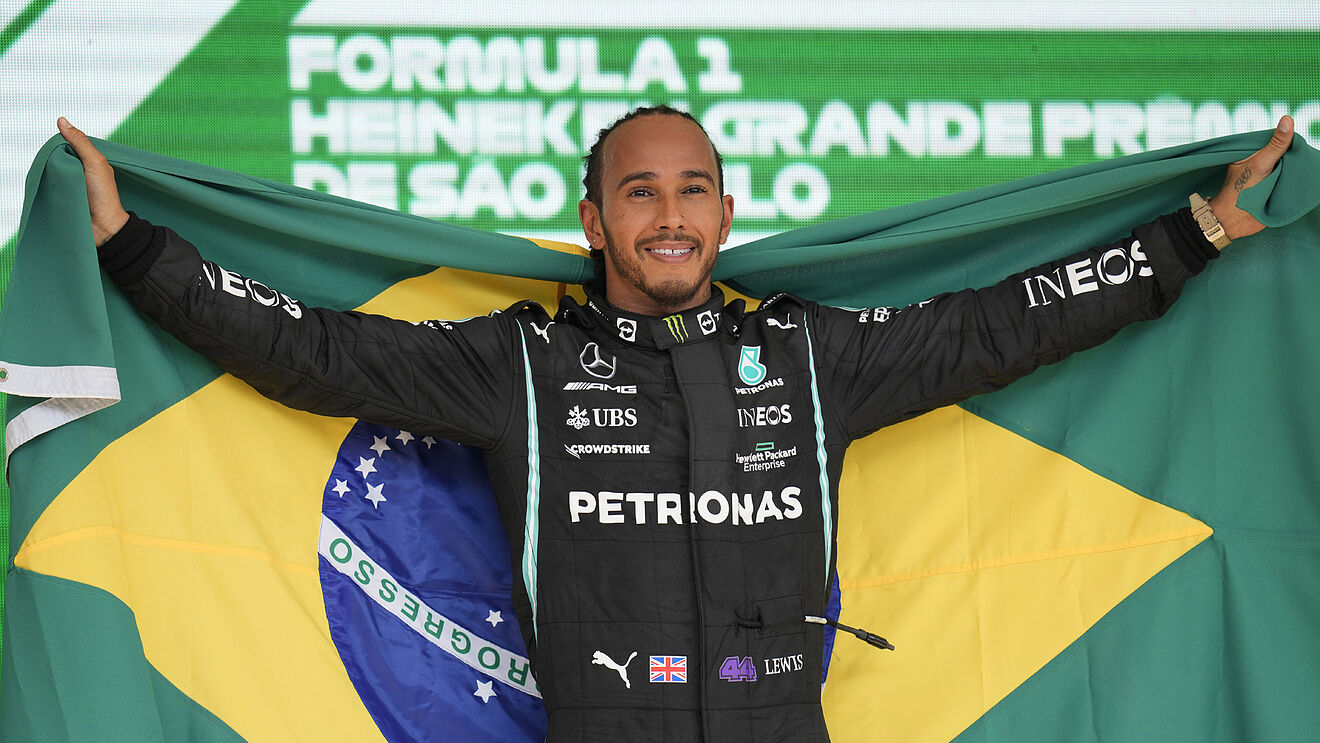 Lewis Hamilton won the Brazilian Grand Prix on Sunday in one of his all-time great drives from 10th on the grid with championship leader Max Verstappen finishing second to give a major boost to his aim for a record eighth world championship.

Hamilton had to conquer series of obstacles with his first win since Russia which sliced six points off Verstappen’s advantage to leave him 14 points adrift with three races of the season remaining.

With a new engine, Hamilton produced a peerless Sunday afternoon drive that was anything but sedate to overcome penalty points after his car was judged to have violated technical rules on Friday.

The development led to his demotion from pole to last in Saturday’s sprint race where he took fifth to leave him 10th in Sunday’s Interlagos grid after another penalty for what Mercedes hoped would be their trump card now under the bonnet.

He said his father had reminded him of a race in Bahrain during his days in F3 “when I started last and finished first”.

“I never thought we would close the gap like we did today – just never give up and never stop fighting. It feels like a first as I haven’t had a win for a long time.”

Verstappen said: “We tried everything we could today, it was a good battle but at the end we missed a little pace. But it was good fun.

“We still have a decent lead so today was a bit of damage limitation. I’m confident, in the coming races we will come back stronger.”

Hamilton was on target to get a point for the fastest lap until Red Bull hauled in Sergio Perez for a change of tyres to his car in a move that duly paid off.

Bottas managed to hold Verstappen, starting alongside him on the second row, at the first bend but the Red Bull driver took the lead shortly after.

Hamilton was picking off the cars ahead of him with ominous ease and after both had pitted twice Hamilton surged past Verstappen on lap 59 at the third attempt.

His initial overtake looked to have succeeded until he was widely forced by Verstappen in a move that appeared to be calculated by the leading car’s driver but having studied all the video footage from all angles available the stewards decided to take no action.

And so, a weekend in Brazil that got off to a rocky start had a perfect ending for Hamilton who not only pulled victory from the jaws of F1’s technical rule book and Red Bull but also crucially prevented his arch-rival pulling too far ahead as the gripping title battle nears its conclusion.

Qatar is the stage for Formula One’s refreshingly exciting circuit drama next Sunday followed by Saudi Arabia and the season-closing Abu Dhabi Grand Prix in mid-December.

France has marked the sixth anniversary of the night when Islamic State militants killed 130 people in coordinated strikes against a concert theatre, bars, restaurants and a soccer stadium in […]