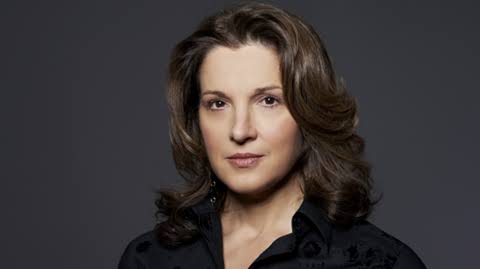 The producer of the James Bond franchise, Barbara Broccoli has said she believes that the 007 will always be a male character.

The head of Eon Productions, who is in charge of every key hiring and firing in the franchise, said she will be discussing who will take over the role from Daniel Craig next year – and that it will be a man, Dailymail reports.

She said, “James Bond is a male character. I hope that there will be many, many films made with women, for women, by women, about women.

“I don’t think we have to take a male character and have a woman portray him. So yes, I see him as male.’

She also admitted that she hasn’t faced the fact that the current Bond— Daniel Craig — will not play the part any longer, following the latest film No Time To Die, as he is stepping down.

“I’m sort of in denial, I would love for Daniel to continue forever. So I’m not thinking about [his replacement]. That’s something Michael [G Wilson, her half-brother and fellow producer] and I will discuss next year,” she said.

Asked if conversations about Craig’s successor are imminent, she replied: “No. We want to celebrate the fantastic tenure of Daniel Craig, who’s given everything to this character into this franchise for 15 years and it is really time to celebrate him.”

No Time To Die director Cary Joji Fukunaga, the first American to direct a Bond film, said whoever replaces Craig will have a tough act to follow.

Asked if he would like to see more diversity in the character, he said: “That’s a tough one. I don’t actually have a strong opinion either way on that. I think it’s going to be hard for anyone to follow in Daniel’s footsteps because, for me, as much as I liked Pierce Brosnan, I was in my early 20s, and kind of checking out of the films a bit.

“When Daniel came in, it was such a different version of the character that I hadn’t seen before, it made me lean back in as an adult. Whoever plays it just needs to have that charisma, needs to have those layers.

“So, I think the most important thing is that that there’s attrition to the character, obviously, in terms of who they are and what they’re made up of, but I don’t really have an opinion beyond that.”

The veteran skipper of Kenya’s national team Victor Wanyama announced on Monday he was retiring from international football. The 30-year-old former Tottenham midfielder said it had been a “really difficult […]