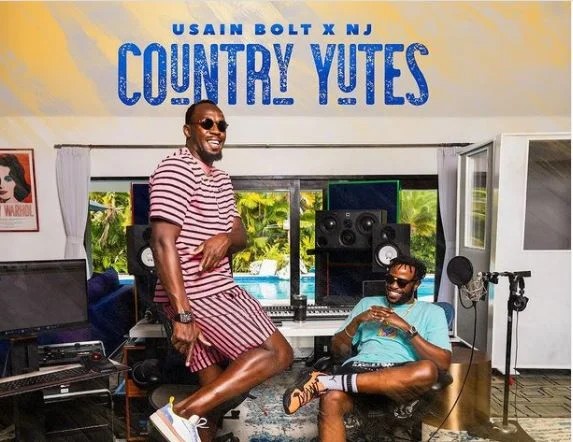 The retired athlete brings out his creative prowess as he enlists Nugent “NJ” Walker, his longtime manager, for the delivery of the body of work.

Bolt, who once disclosed that he wants to be known as the “DJ Khaled of Dancehall”, recently announced the release of the 14-track project on his Instagram page to the amazement of his numerous fans.

In the project, the eight-time gold medalist talked anout his grass to grace story with the assistance of the Reggae sound typical of the majority of Jamaican musicians even as he aids the sound with motivational messages.

Bolt had earlier expressed his interest to win a Grammy with the album.

“I’m aiming for the top. I want to win a Grammy, get a platinum album or single,” BBC quoted him to have said.

“I want to reach the pinnacle and be in a room where all these big producers talk about my music.

“We know it is a long journey and there is a lot more to learn, but we are just enjoying the process.”

The 35-year-old sprinter became an icon of the track and field, winning several world records, including being the fastest man in history after his heroics at the Berlin World Championships in 2009.

He would, however, draw the curtain on his career in 2017 after featuring at the World Championships in London, where he finished third in the 100m hurdle.

Following his retirement, the Jamaican announced his desire to pursue a career in football.

He had a short stint with Central Coast Mariners, an Australian football team, in 2018, netting a brace in debut game as a professional footballer.

In 2018, he co-founded Bolt Mobility, an electric scooter rental company, and has expanded its services to Europe, introducing the product first in Paris in 2019.

Lagos State Governor Babajide Sanwo-Olu on Friday signed into law the State VAT Bill as passed by the House of Assembly. The state commissioner for information and strategy Gbenga Omotosho […]