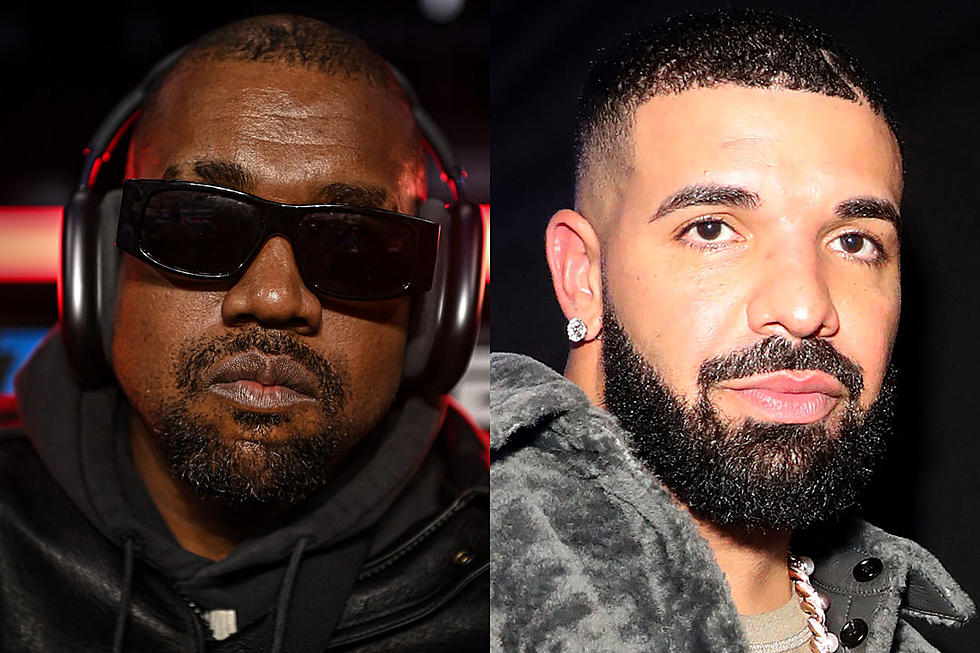 Kanye West and Drake seem to have ended their differences after Kanye posted a friendly photo of the duo together on his Instagram account on Tuesday.

According to Dailymail, Kanye, 44, and Drake, 35, were seen standing next to each other and looking relaxed while accompanied by the music executive James Prince outside Drake’s Toronto mansion on Monday.

The apparent reconciliation came just over a week after the Jesus Walks rapper shared some rare commendation for the Canadian actor-turned-musician during his Drink Champs interview, even as he blasted him over threatening lyrics.

Dave Chappelle, Kanye West and Drake also hung out together at a bash.

Kanye and Drake were seen standing next to each other on stone steps leading up to a stone building’s front entrance.

The Donda rapper was dressed casually in a black hoodie with matching jeans and tall black rain boots, and he sported a badge on a lanyard around his neck.

Drake had his hands in the pockets of his plaid jacket and wore dark jeans with white trainers, while Prince cocked a finger gun at the camera.

Kanye, who has changed his legal name to Ye, cleared up any confusion about the meeting by simply captioning the photo with an emoji of a dove holding an olive branch in its beak.

The newly reunited friends mugged for the camera and were bathed in purple light. Drake waved at the camera as Kanye began to bizarrely let out a buzzing, whining sound.

Another video featured controversial comedian Dave Chappelle as he warmed up a crowd inside Drake’s Toronto mansion.

Kanye also shared more of Chappelle’s toast to the two rappers in his Instagram Stories.

Drake captioned his post, ‘You have reached your destination,’ and he tagged the photos to make clear that they were in Toronto.

In Prince’s post with the same photo Kanye originally shared, he suggested the once-estranged rappers might join each other on stage soon.

‘What a beautiful night I had last night in Canada. Let’s make history December 9 Free Larry Hoover Concert,’ he wrote.

The Monster rapper has been advocating for the release of Hoover, a former gang leader who was convicted of murder in the 1970s and is currently serving a life sentence, and he previously made his case on a track on his recent Donda album.