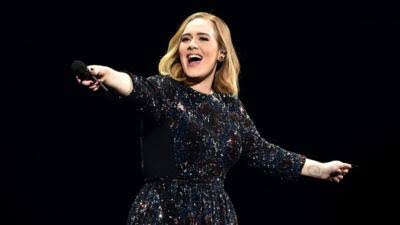 Adele has been named the U.K.’s best-selling female artist of the 21st century, and her best-selling sophomore LP 21 is the top album.

The superstar singer also claims the Number 1 album by a woman artist of the century to date, with her 2011 album 21 which has sold just shy of 6 million copies in the UK alone. Her other albums, 25 and 19 also feature in the Top 10 at Number 3 and Number 9 respectively.

American artists dominate the list with five (Pink, Madonna, Beyonce, Britney Spears, and Lady Gaga), while Brits account for three of the leading ladies (Adele, Dido, and Amy Winehouse). Barbadian Rihanna (at No. 4) and Melbourne-born-and-bred artist Kylie Minogue (No. 7) also make the list.

Since the beginning of the millennium, the Top 10 female artists have sold 72 million albums in the U.K. combined, including streaming equivalents, according to a report by Billboard.

Adele doubles up as her 2011 album 21 crowns the list of U.K.’s best-selling albums by women artists from 2000 until now.

There’s no news yet on when the follow-up to 25 will materialize. Last August, when a fan asked the question, “Adele where’s the album?”, the Grammy-winning star wrote on Instagram, “I honestly have no idea.”

Jennifer Lopez has called on all women to use their voices to encourage each other. In celebration of International Women’s Day on Monday, the pop star shared a video compilation […]