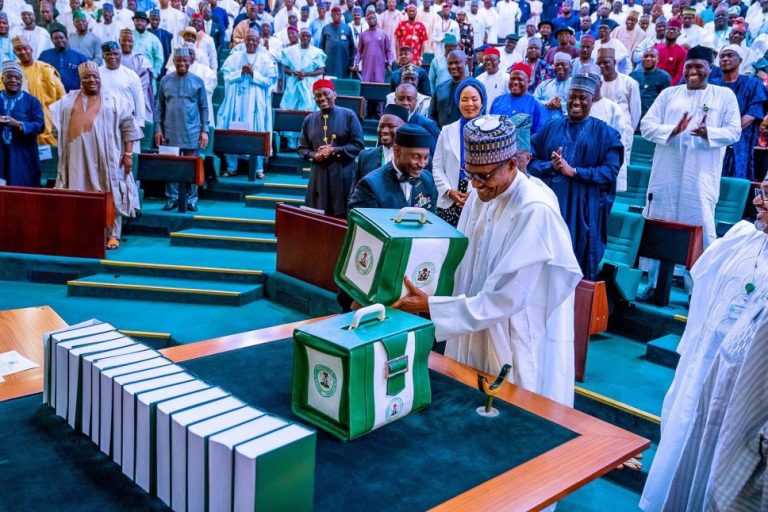 The federal government says the 2022 appropriation bill may be presented to a joint session of the national assembly in October.

Zainab Ahmed, minister of finance, budget and national planning, revealed this during a press briefing in Abuja on Monday organised for the minister to provide insight into the recent Gross Domestic Product (GDP) report for Q2 2021 published by the National Bureau of Statistics (NBS).

She expressed delight with the GDP report, stating that it is the strongest real GDP growth the economy has recorded since Q4 2014.

On the 2022 budget, Ahmed said the federal government plans to raise half of the €6.1bn, part of external borrowing to be used to fund budget deficit, through euro bonds and the remaining half through other windows.

According to her, a road show will hold from October 11 after the bill has been tendered before the national assembly.

“We will be going on a road show from October 11 after we submit the budget to the national assembly,” she said.

“We have an approval in the 2021 budget to fund the budget deficit 50 per cent locally and 50 per cent externally.

“So, the 50 per cent external borrowing is 6.1 billion euros. We are planning to do about half of that in Eurobonds and the other half through other windows such as multilateral and bilateral sources.”

According to the 2022 budget call circular published by the Budget Office, the ministries of works and housing; finance, budget and national planning; and defence will get the highest capital allocations in the 2022 budget.

A breakdown revealed that the ministry of works and housing will get the highest allocation of N352.65 billion out of the entire N1.759 trillion capital expenditure for ministries, departments and agencies (MDAs) in the 2022 budget.

The ministry of finance, budget and national planning came next on the list with N158.07 billion. This amount includes N150 billion for Power Sector Recovery Programme Transfer to the Nigerian Bulk Electricity Trading (NBET).

Trailing the two ministries is defence with N128.94 billion and transport with N120.6 billion.

On the state of the nation’s borrowings, the minister said the government is borrowing “sensibly and responsibly”.

Ahmed said the borrowings have resulted in investment in infrastructure such as rail lines which would yield future returns.

Osinbajo: Like Mandela, Leaders Must Be Ready To Risk Their Popularity To Promote Peace

Nigerian leaders must be ready to risk their popularity like South Africa’s first black president, Nelson Mandela, to promote peace in the country. This is according to Vice-President Yemi Osinbajo. […]