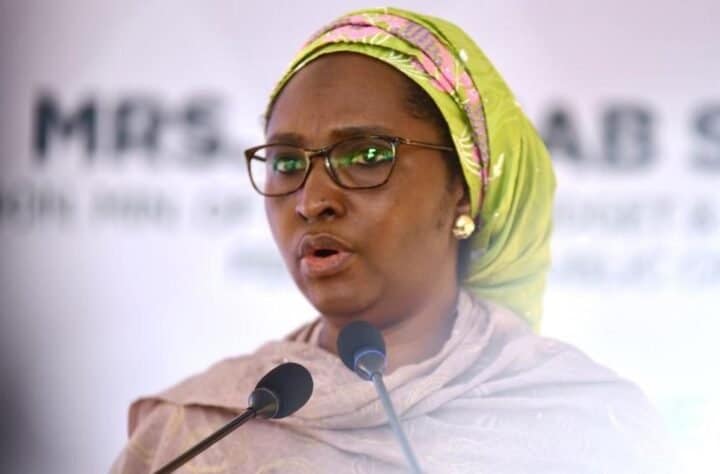 The federal government says N2.02 trillion was spent on debt servicing within the first six months of 2021 (January-June).

The figure represents 90.6 percent of the retained revenue of N2.23 trillion for the period.

This was stated by the minister of finance, budget and planning, Zainab Ahmed, on Monday, in Abuja, during the 2022- 2024 2022-2024 medium-term expenditure framework/ fiscal strategy paper (MTEF/FSP) committee interactive session.

Ahmed said the federal government’s retained revenue amounted to 67.3 percent of the target.

Last year, out of total revenue of N3.42 trillion, the federal government spent N3.34 trillion on debt servicing – meaning that for every N100 earned as revenue, N97 was spent on debt servicing.

According to her, companies income tax(CIT) and value-added tax (VAT) collections are ahead of the budget targets with N397.02 billion and N129 billion.

Ahmed said that Customs collection was N234.02 billion at 92.1 percent of target, adding that other revenues amounted to N922.09 billion — out of which independent revenue was N558.13 billion.

On the expenditure performance, the minister said N5.81 trillion, representing 92.4 per cent of the budget had been spent, adding that this excludes GOEs and project-tied debt expenditure.

“Of the expenditure, N2.02 trillion was for debt servicing, which is 35 percent of the Federal Government expenditures and N1.795 trillion for personnel cost,” Zainab said.

“This is including pension at 30.9 percent of Federal Government revenue.”

She noted that as of June, N1.3 trillion, which represented 84.7 percent, had been released for capital expenditure.

The finance minister said that the country faced serious economic challenges in 2020, with the microeconomic environment significantly disrupted by the COVID-19 pandemic.

She said the economy sustained a tepid recovery in the first quarter of 2021.

Speaking at the session, the speaker of the house of representatives, Femi Gbajabiamila, said the national assembly would begin consideration of the 2022 appropriation bill once it received it.

“The MTEF/FSP will have a direct impact on the content of that Appropriations Bill, as well as on our ability to deliver on the promises of governance and development that we have made to the Nigerian people,” he added.

Following the discovery of a single case of coronavirus infection in New Zealand, the government has taken drastic action Tuesday by putting the entire nation into a strict lockdown for […]