Atiku sells off shares in Intels, accuses Buhari Administration of destroying his business 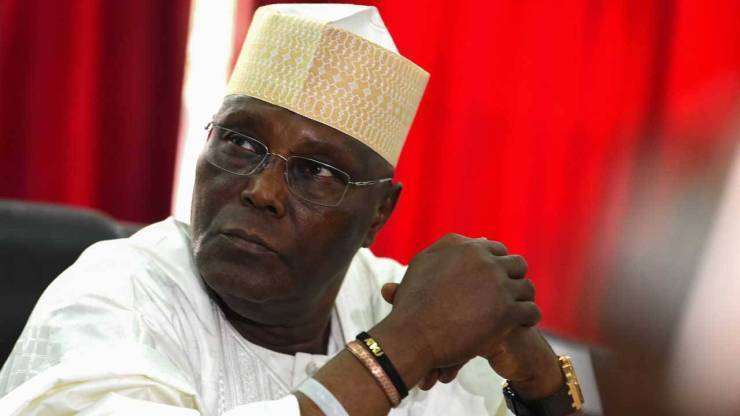 Abubakar said on Monday that he was forced to divest his shares in the company because the Buhari administration has been “preoccupied with destroying” it since 2015.

The company which provides integrated logistics services for Nigeria’s maritime, oil and gas sectors was co-founded by the former presidential candidate.

In 2010, Intels signed an agreement with the Nigerian Ports Authority (NPA), allowing the firm to collect revenue on behalf of the federal government agency on some port operations.

But it has run into trouble with the federal government over alleged illegalities on many occasions.

In 2017, after Abubakar Malami, attorney-general of the federation (AGF), said it violated the constitution, the federal government terminated the boats pilotage agreement it signed with the company.

Abubakar and Gabriele Volpi, an Italian national, co-founded the company which had also been accused of not paying taxes in 2017 — the same year NPA accused it of failing to remit an outstanding $48 million.

In a statement issued on Monday by Paul Ibe, his spokesman, Abubakar accused the federal government of going after the business, adding: “There should be a marked difference between Politics and Business”.

The statement read: “Co-founder of Integrated Logistics Services Nigeria Limited (Intels), Atiku Abubakar, has been selling his shares in Intels over the years.

“It assumed greater urgency in the last five years, because this Government has been preoccupied with destroying a legitimate business that was employing thousands of Nigerians because of politics.

“He has sold his shares in Intels and redirected his investment to other sectors of the economy for returns and creation of jobs.”

Nancy Pelosi — the only woman to serve as US Speaker of the House, got re-elected narrowly to the position on Sunday in a deeply divided new Congress that convened […]