The US President privately seeks help from Asia and Europe. 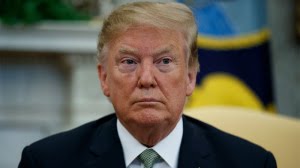 The US has been appealing to its allies for help in obtaining medical supplies to overcome critical shortages in its fight against coronavirus.

In his public rhetoric Donald Trump has been talking up the domestic private sector response to the crisis.

“We should never be reliant on a foreign country for the means of our own survival,” Trump said at a White House briefing on Tuesday evening. “America will never be a supplicant nation.”

However behind the scenes, the administration has approached European and Asian partners to secure supplies of testing kits and other medical equipment that are in desperately short supply in the US.

On Tuesday, Trump spoke by phone with the South Korean president, Moon Jae-in, asking if his country could supply medical equipment.

The official White House account made no mention of the request, but according to the South Korean presidency, the Blue House, the call was made at Trump’s “urgent request”.

Prince Charles father of Harry and williams has tested positive to coronavirus and is showing mild symptoms. Charles, who is the son of Queen Elizabeth II and next in line […]