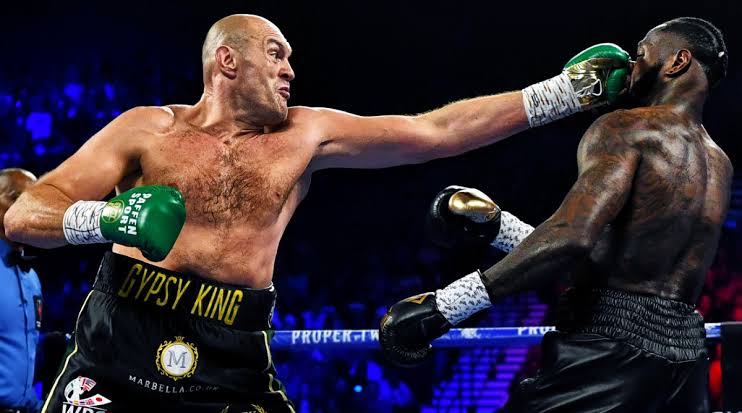 TYSON Fury says Deontay Wilder did not want to show “sportsmanship or respect” after he had knocked out the American in their third WBC heavyweight title fight.

The British star finally ended his lengthy saga with Wilder after inflicting a crushing knockout in the 11th round to retain his WBC heavyweight title in Las Vegas.

But Fury has accused Wilder of rejecting his words of respect when he went to the American’s corner after the fight.

“I’m not going to make any excuses, Wilder is a top fighter,” said Fury.

“He gave me a real run for my money tonight, and I always said I’m the best in the world and he’s the second best.

“He’s got no love for me, Deontay Wilder, because you know why, because I beat him three times.

“I’m a sportsman. I went over to him to show some love and respect and he didn’t want to give it back. That’s his problem.”

Revealing their verbal exchange, Fury told BT Sport Box Office: “I just said well done and he said, ‘I don’t want to show any sportsmanship or respect.’ I said, ‘No problem.’

“To be a top fighting man, you’ve got to show guts and respect, and he couldn’t do it tonight, and that was it.”

Fury had floored Wilder in the third round, but was dropped twice himself in the fourth, before he knocked down the Alabama man again in the 10th and then dramatically ended the fight.

A military court in Ouagadougou on Monday commenced the long-awaited trial of 14 men, including the former president, accused in the assassination of Burkina Faso’s left-wing leader Thomas Sankara 34 […]