Messi: Leaving Barcelona For PSG Not A Mistake 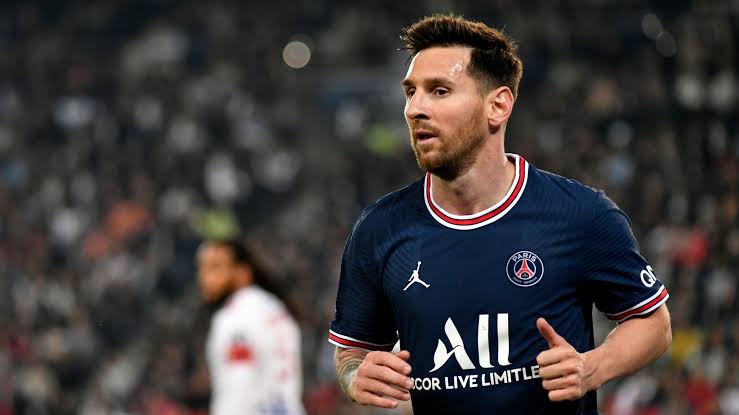 PSG forward, Lionel Messi has stated that he did not make a mistake by exiting his boyhood club, Barcelona FC for Ligue 1 giants Paris Saint-Germain.

Messi joined PSG on a free transfer after Barca were couldn’t re-sign the six-time Ballon d’Or winner due to their financial crisis.

It ended Messi’s long-standing association with Barca, having made his senior debut for the LaLiga giant in 2004-05.

Messi won 35 trophies at Camp Nou, scoring a record 672 goals across all competitions.

Now settling into life with PSG in the French capital, Messi said he is happy with his decision.

“I didn’t make a mistake in going to PSG,” Messi told France Football in a preview of his interview, which will be published in full on Saturday.

Since making the move to PSG, Messi has scored once – a goal in the club’s 2-0 Champions League win over Manchester City.

The 34-year-old is yet to score in Ligue 1, where PSG suffered a shock 2-0 loss at Rennes last week.

It snapped PSG’s perfect start to the league season after eight consecutive wins, though Messi’s men are still six points clear atop the table through nine rounds.

The exclusion of persons below the age of 18 years in the revised SIM registration regulation is to protect them against legal liabilities, the Nigerian Communications Commission (NCC) says. A […]