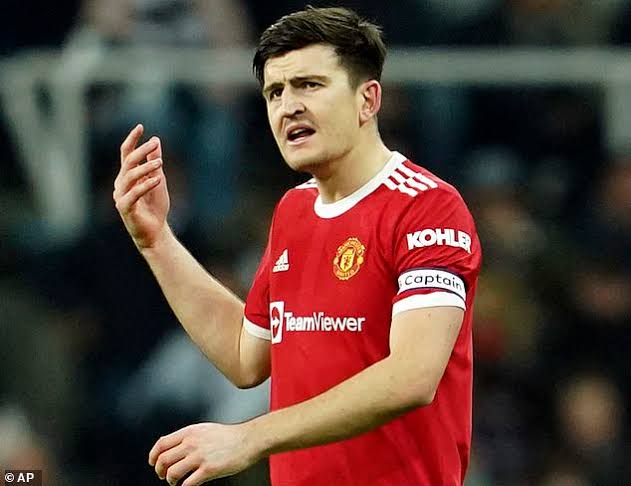 Harry Maguire admits Manchester United deserve criticism for their dismal performances this season but has denied rumours of disharmony in the dressing room.

Ralf Rangnick suffered his first defeat as interim manager against Wolves last week, this was followed by reports of unrest among the players.

Maguire said United — seventh in the Premier League — must do better as they prepare for a third-round FA Cup tie against Aston Villa on Monday.

“I’ve obviously seen a lot of criticism and a lot of is absolutely justified, but for me, with this team, it shouldn’t need criticism to motivate players,” Maguire said in an interview published on the club’s website.

“We all have to take massive responsibility, myself as captain as much as anyone, if not more,” he said.

“We’ve got to start playing well and winning…. This team finished second last year and we have a better and bigger squad this year, so we have to show the right attitude.”

Maguire denied suggestions of disharmony among the players but admitted it was tough to keep all the members of a big squad happy.

“We are all angry and want to do our best, which has probably come across on the pitch at times, but the team spirit is good, despite what people say,” the England defender said.

“Being a professional footballer, you have to take criticism on the chin and react well to it. At the same time, you have to ignore the outside noise sometimes and just get your head down (in training).”

The former Leicester defender said “I came here to win titles. I could have signed elsewhere, but I wanted to be at United and help get them back to the winning ways that the club had in the Sir Alex (Ferguson) era.

“It will come if we all stay together. I grew up idolising the likes of Wayne Rooney, Rio Ferdinand and Nemanja Vidic — and I want to repeat what they achieved.”

The Federal Government has held an interdenominational church service to mark the Armed Forces Remembrance Day. This year’s event held in Abuja is as part of the activities for the […]