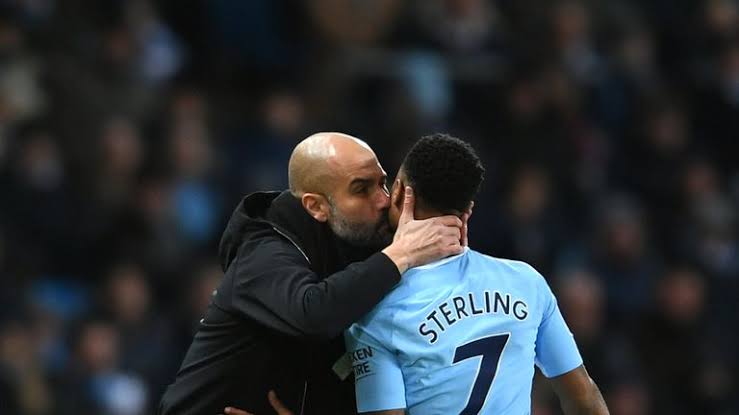 Manchester City manager, Pep Guardiola says he wants Raheem Sterling to fight for his place at Manchester City following the frustrated forward admission that he “would be open” to leaving the club.

However, the 26-year-old has started twice for the club in the league this season, struggling with his form and fierce competition from attacking stars including Phil Foden and club record signing Jack Grealish.

Speaking at the FT Business of Sport US Summit on Thursday, Sterling, who has been linked with a loan move to Barcelona, said: “If there was the opportunity to go somewhere else (for more game time), I would be open to it at this moment in time.

“As I said, football is the most important thing to me — challenges that I have set myself from a young age and dreams as well, to play abroad.”

But Guardiola speaking with reporters on Friday said that he wanted Sterling to stay with City.

“Raheem is our player and will hopefully be an incredibly important player for us,” he said.

“Some players want to play all the time but I can’t assure them of that. Always they have to speak on the grass — not Raheem, all of them.

“What I want from Raheem and everyone is for them to be happy.”

Despite his few starts, Sterling, whose deal with City runs until 2023, said he would not be running to Guardiola’s office to demand more playing time.

A New York man who was 13 years old when he killed a 4-year-old boy with a rock has been granted parole. Officials say Eric Smith, now 41, appeared for […]