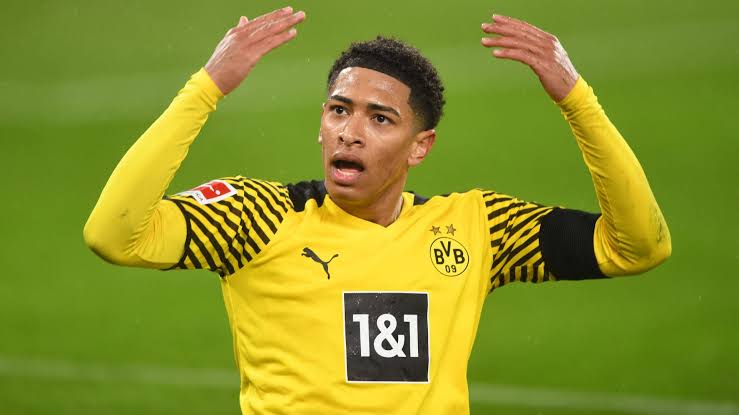 The German Football Association on Monday launched an investigation into explosive remarks made by England midfielder Jude Bellingham about the referee after Borussia Dortmund’s 3-2 loss to Bayern Munich.

The 18-year-old Bellingham claimed costly decisions by referee Felix Zwayer in Saturday’s game were to be expected given he was implicated in the worst match-fixing scandal in German history.

Bellingham will be asked to explain his comments to the DFB’s disciplinary committee, which will then take a decision on the next line of action.

He was furious that Zwayer had not awarded a penalty to his side in the second half, before giving one to Bayern which enabled Robert Lewandowski to score the winner in the top of the table clash.

“You can look at a lot of the decisions in the game. If you give a referee who has match-fixed before the biggest game in Germany, what do you expect?” Bellingham told Norwegian channel Viaplay.

He was referring to Zwayer’s alleged role as a 23-year-old linesman in the scandal involving referee Robert Hoyzer.

The latter confessed to taking Croatian mafia money in return for affecting the outcome of German Cup and lower division matches including awarding penalties for fictitious offences.

Hoyzer was jailed and Zwayer suspended for six months for keeping silent though he knew what the referee was doing and for accepting €300 ($340).

No definitive link between the match-fixing and Zwayer has ever been established and he has always said he was innocent.

Dortmund said Sunday they would stand by Bellingham.

“What he said isn’t wrong, even if he didn’t have to say it. You have to put it down to the emotions of an 18-year-old. Jude didn’t insult anyone, he stated a fact,” Dortmund CEO Hans-Joachim Watzke told Kicker magazine.

Bellingham was not alone in questioning Zwayer’s decisions in a heated match.

Dortmund coach Marco Rose was shown a red card after arguing with Zwayer over his awarding of the penalty 12 minutes from time.

A federal high court in Abuja has fixed February 21, 2022, to deliver judgment in a suit challenging the citizenship of Atiku Abubakar, former vice-president. The presiding judge, Inyang Ekwo, […]