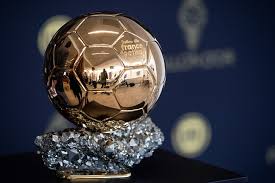 Jorginho, Kylian Mbappe and Erling Haaland have been included among the 30 nominees for the men’s 2021 Ballon d’Or.

Jorginho helped Chelsea win the 2020/21 UEFA Champions League before impressing with Italy at Euro 2020 triumph in the summer.

Mbappe scored 35 goals while contributing 10 assists for PSG last season as they narrowly narrowly missed out of retaining their domination of the Ligue 1.

On the other hand, Haaland netted 41 goals for Borrusia Dortmund last season, winning the 2020/21 UEFA Champions League Forward of the Season.

The English Premier League has the highest number of representatives on the list, with 14 players as the only Africans on the list were Riyad Mahrez and Mohammed Salah.

The Ballon d’Or, organised by France Football, is awarded annually to the world’s best footballer.

Due to the coronavirus pandemic in 2020, the prize was not given out for the first time since 1956.

The winner of the award will be announced on November 29 at Paris’ Theatre du Chatelet.

The U.N.’s main human rights panel has passed a clean-environment resolution, which recognizes a safe, clean, sustainable environment as a human right. It also appoints a monitor and asks countries […]