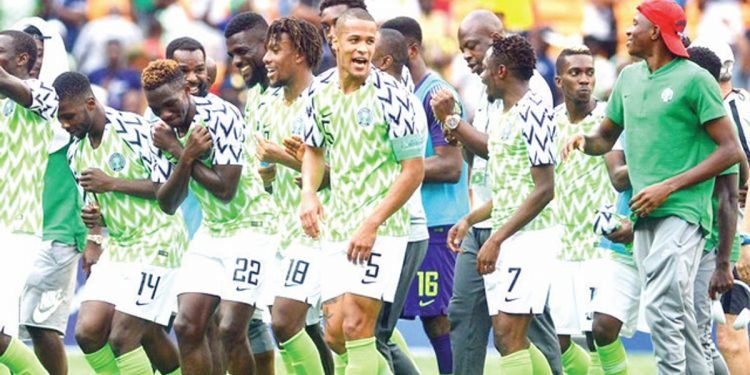 The National Football Team of Nigeria, Super Eagles has ended 2020 as the fifth best team in Africa and 35th in world.

This is according to the latest ranking released yesterday by the world football governing body, FIFA.

Nigeria, last February, began as the third best team in Africa but the fortune of the Coach Gernot Rohr-tutored side plummeted in the last ranking of the year.

Senegal ranked 20th in the world, finished the year as the best football playing nation in the continent while Tunisia is second rated and ranked 26th in the world.

African Champion Algeria is third and ranked 31st in the world while Morocco that displaced Nigeria as the fourth-rated team in Africa, is ranked 35th.

In Africa and the world, Burundi is the biggest climbers in terms of places gained after picking up 29 points to make the most important move and ascending 13 positions to be ranked 138th in the world.

According to FIFA, a total of 1082 full internationals were played in 2019, the biggest number since the FIFA/Coca-Cola World Ranking was introduced in 1993.

Although, 2020 had major disruptions, Belgium still managed to claim the title of FIFA World Ranking Team of the Year for the third consecutive time.

Winners of six of their eight matches in 2020, the Belgian side are not the only ones to see their position unchanged.

The only change in the top five compared to 2019 is the appearance of Portugal in 5th place.

The next FIFA/Coca-Cola World Ranking will be published on February 18, 2021.

The World Bank has project that the number of poor people in Nigeria will be on the rise by 20 million by 2022. According to the bank’s Nigeria Development Update […]