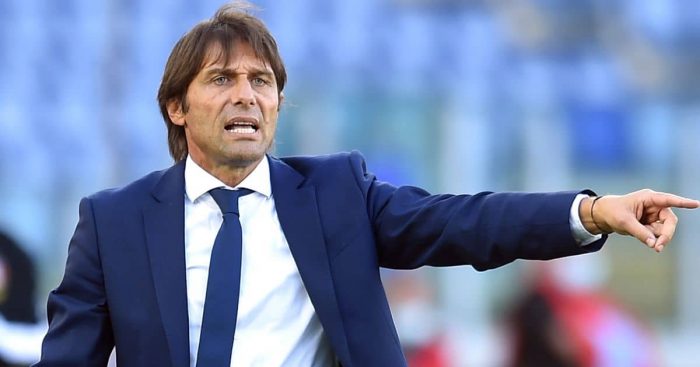 Tottenham Hotspur manager, Antonio Conte, has disclosed that players on his team and some of his backroom staff have contracted the COVID-19 virus.

Conte, who was scheduled for an in-person pre-match press conference on Wednesday, was only able to take questions virtually due to the incident where he said that eight players and five of his staff had the virus.

The Italian expressed his frustration at the situation at the club stating that he was unsure of the status of their Europa Conference League fixture against Rennes on Thursday.

He said, “To speak about football today is impossible. The last situation made me very upset. I think the situation is serious. There is a big infection and now, for sure, we are a bit scared because tomorrow we don’t know what happens.

“Tomorrow, who? Me? I don’t know. Better me than a player for sure. It is not right for everyone because we have contact with our family when we come back home.”

Spurs need a win against the French side to stand a chance of qualifying for the next round of the UECL, whereas they have a Premier League fixture against Brighton on Sunday.

Conte, however, did not give any indication that Tottenham had approached the Premier League for a postponement of the Sunday fixture.

Qatar and Turkey have announced their agreement to extend a currency swap deal between their central banks, as Ankara’s lira has plunged in value fuelling an economic crisis. According to […]